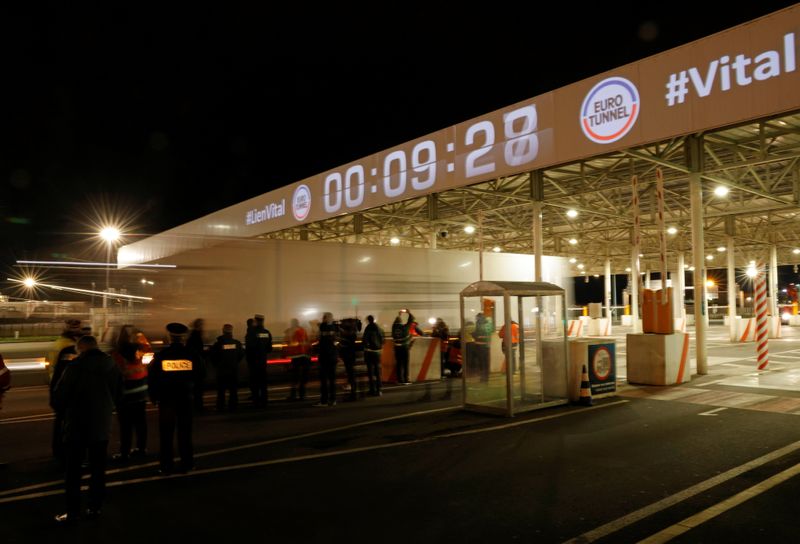 
PARIS (Reuters) – French exports to Britain picked up 4% in February but were still at only 84% of the monthly average of the second half of 2020, as post-Brexit trade rules continued to impact commercial flows, customs data showed on Thursday.

France is one of Britain’s most important trading partners within the European Union and many economists forecast that Britain’s exit from the world’s largest free trade area will prove to be a long-term drag on its growth.

Britain’s statistics office said in March that the COVID-19 pandemic made it hard to quantify the Brexit impact from the new customs arrangements.

Britain last month delayed the introduction of a range of post-Brexit import checks on goods from the EU by around six months, saying businesses needed more time to prepare because of the impact of the pandemic.

French imports from Britain jumped 27% to 1.48 billion euros in February, returning to a level just shy of the monthly average during the second half of 2020.

Overall, France’s trade deficit widened to a seasonally adjusted 5.25 billion euros from 4.19 billion euros in January, led by a fall in the exports of aircraft, pharmaceuticals and manufactured goods.