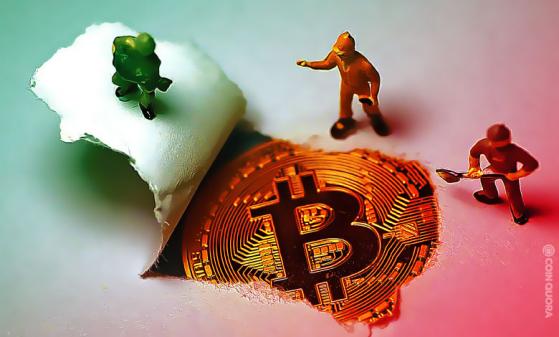 
With 5,000 BTC added to Bitcoin’s unspent supply since February, miners are back in growth mode. Bitcoin miners are hoarding away their coins for higher prices. It comes with direct transfers from miners to exchanges, plummeting nearly 40% since mid-March.

The data from on-chain analytics provider Glassnode shows that miners’ BTC balances have increased since March. However, following heavy outflows throughout January and consistently reduced selling during February and earlier in March.

Glassnode’s data shows that unspent supply of BTC has never been transferred from the miner’s original recipient address. Besides, it will begin to rise after seeing a sharp drop in January.

Since February, 5,000 newly created BTC added to Bitcoin’s unspent supply. This brings the total up to 1.765 million Bitcoin.

In line with this, transfer direct from miner wallets to exchanges have also dropped substantially in recent weeks. Also, it falls from a 30-day impressive average of nearly 450 BTC in mid-March to 275 BTC today.

Bitcoin miners have focused on saving rather than spending their earnings. Bitcoin’s price potential since March 2021 has inspired miners to keep their bitcoin rather than dumping it on the market.

Since December 27, this is the first time miners choose to store rather than selling their bitcoin. During last week they added over $500 million worth of bitcoin to their storage.