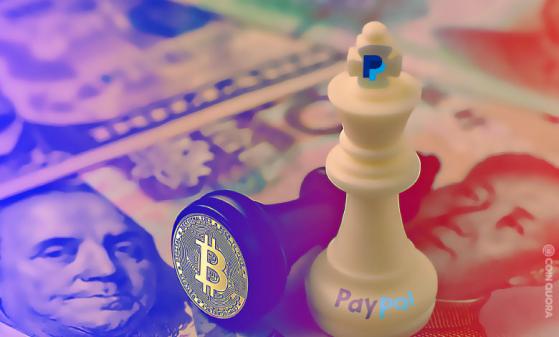 PayPal CEO: Bitcoin Could Be a Chinese Weapon


PayPal Co-Founder Peter Thiel might love crypto but he is skeptical of China’s motives with Bitcoin.

Speaking at an online event held by the Richard Nixon Foundation, Thiel shared his concerns. He noted that China could be using BTC as a financial weapon against the US Dollar supremacy. In response to a question by host Hugh Hewitt about the threat China poses to the Dollar, the entrepreneur did not look hopeful. He said,

“Even though I’m sort of a pro-crypto, pro-Bitcoin maximalist person, I do wonder whether at this point Bitcoin should also be thought in part of as a Chinese financial weapon against the US”

He also added that Bitcoin poses a threat to the very idea of fiat currency. In that way, it is very dangerous to the US dollar. Thiel also called on national strategists to take great care in treating Bitcoin-related changes within the international geopolitical landscape.

China’s ability to innovate and surpass the United States was not in question. Rather, Peter Thiel focused on China’s power to copy things. He accepted that China had not made many advances in blockchain technology. However, it may still be able to reach a parity position in the US. This could result in the west losing its advantage as a world dominator.

With regard to that, he also showed regret for big tech companies’ relations with China, specifically Google (NASDAQ:), and Apple. Also, he took note of China’s very own developing stablecoin and refused to call it a cryptocurrency. Instead, he exclaimed that it was a ‘Totalitarian Measuring Device’.

In a pro-crypto move, PayPal has recently allowed its customers to store, buy and sell crypto using its platform. It has also enabled customers to buy using crypto, open to the US only at this moment.

Consumer Prices Jump in March After Stimulus as Economies Reopen By Investing.com