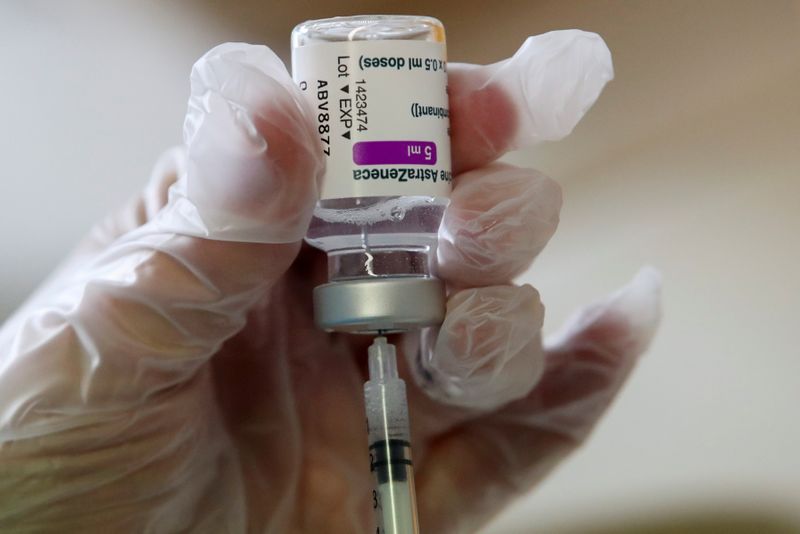 
(Reuters) – Australia and the Philippines limited use of AstraZeneca (NASDAQ:)’s COVID-19 vaccine on Thursday, while the Africa Union dropped plans to buy the shot, dealing further blows to the company’s hopes to deliver a vaccine for the world.

The vaccine – developed with Oxford University and considered a frontrunner in the global vaccine race – has been plagued by safety concerns and supply problems since Phase III trial results were published in December, with Indonesia the latest country forced to seek doses from other vaccine developers.

The Philippines suspended the use of AstraZeneca shots for people below 60 after Europe’s regulator said on Wednesday it found rare cases of blood clots among some adult recipients although the vaccine’s advantages still outweighed its risks.

Australia recommended people under 50 should get Pfizer (NYSE:)’s COVID-19 vaccine in preference to AstraZeneca’s, a policy shift that it warned would hold up its inoculation campaign.

The African Union is exploring options with Johnson & Johnson (NYSE:) having dropped plans to buy AstraZeneca’s vaccine from India’s Serum Institute, the head of the Africa Centres for Disease Control and Prevention told reporters.

AstraZeneca’s shot is sold at cost, for a few dollars a dose. It is by far the cheapest and most high-volume launched so far, and has none of the extreme refrigeration requirements of some other COVID-19 vaccines, making it likely to be the mainstay of many vaccination programmes in the developing world.

But more than a dozen countries have at one time suspended or partially suspended use of the shot, first on concerns about efficacy in older people, and now on worries about rare side effects in younger people.

That, coupled with production setbacks, will delay the rollout of vaccines across the globe as governments scramble to find alternatives to tame the pandemic which has killed more than 3 million.

Italy joined France, the Netherlands, Germany and others in recommending a minimum age for recipients of AstraZeneca’s shot on Wednesday and Britain said people under 30 should get an alternative. South Korea also suspended use of the vaccine in people under 60 this week, while approving Johnson & Johnson’s shot.

AstraZeneca has said it is working with the British and European regulators to list possible brain blood clots as “an extremely rare potential side-effect”.

AstraZeneca is grappling with production issues that have led to shortfalls of its shot in several countries.

Indonesian Health Minister Budi Gunadi Sadikin said on Thursday the country was in talks with China on getting as many as 100 million COVID-19 vaccine doses to plug a gap in deliveries after delays in the arrivals of AstraZeneca shots.

India has put a temporary hold on all major exports of AstraZeneca’s shot made by the Serum Institute of India (SII), the world’s biggest vaccine-maker, as domestic infections rise.

That has affected supplies to the GAVI/WHO-backed global COVAX vaccine-sharing facility through which 64 poorer countries are supposed to get doses from the SII, the programme’s procurement and distributing partner UNICEF told Reuters last month.

Britain is slowing its vaccine rollout due to a shipment delay from India and is at loggerheads with the EU over exports. Australia has also blamed delays in its immunisation campaign on supply issues in Europe.

AstraZeneca has cited reduced yields at a European factory behind the supply shortfall to the European Union.

Bad omen? US dollar and Bitcoin are both slumping in a rare trend By Cointelegraph

Which Bank Stock is a Better Buy? By StockNews