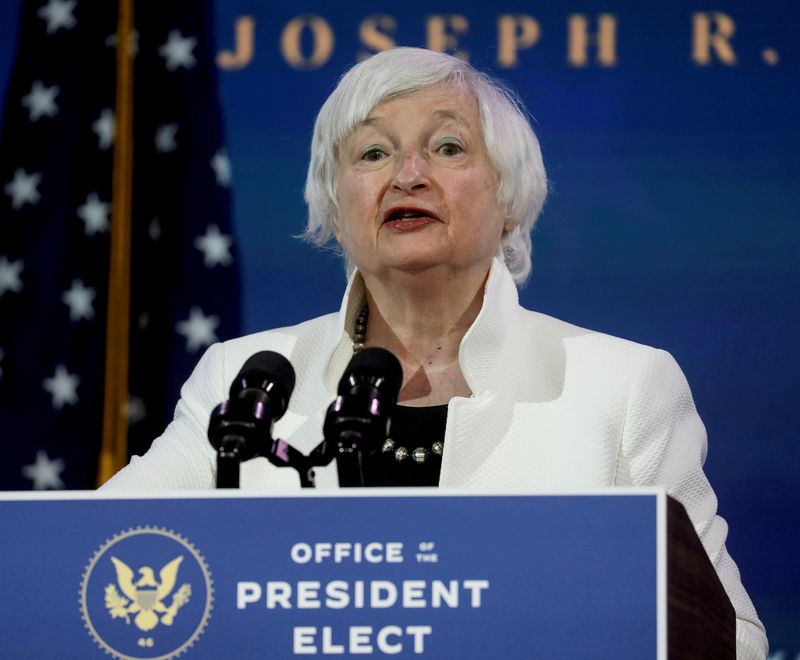 Yellen said that promises of increased U.S. investment by corporations under the 2017 Republican tax cuts failed to materialize. Instead, the Trump-era cuts led to a dramatic drop in tax revenue as a share of economic output, with continued incentives to shift profits offshore, she told reporters on a conference call.

“Our tax revenues are already at their lowest level in a generation. And as they continue to drop lower we will have less money to invest in roads, bridges, broadband and R&D.”

The Treasury plan also would eliminate a range of tax breaks for the fossil fuel industry, a move it said would raise revenues by $35 billion over 10 years. It will replace these with new clean energy tax incentives including for electric vehicles and efficient electric appliances.

The Treasury plan would modify the 2017 version of a global minimum tax, the 10.5% Global Intangible Low-Taxed Income tax (GILTI), by raising the rate to 21% and applying it on a country-by-country basis.

It would also replace a separate 10% minimum tax aimed at stopping the shift of profits to tax havens, replacing it with a new system, also at 21%.

Biden has sharply criticized Amazon.com Inc (NASDAQ:) and other large companies for paying “not a penny” in corporate income taxes in recent years. A new 15% alternative minimum tax for corporations, based on booked income reported to shareholders, aims to ensure that they pay at least some taxes.

Amazon CEO Jeff Bezos late on Tuesday said he supports a hike in the U.S. corporate tax rate, but did not specify a specific level that was acceptable.

Treasury said it estimates that some 45 corporations would have seen an average $300 million annual tax liability under the proposed minimum, raising some $13.5 billion in new revenues.