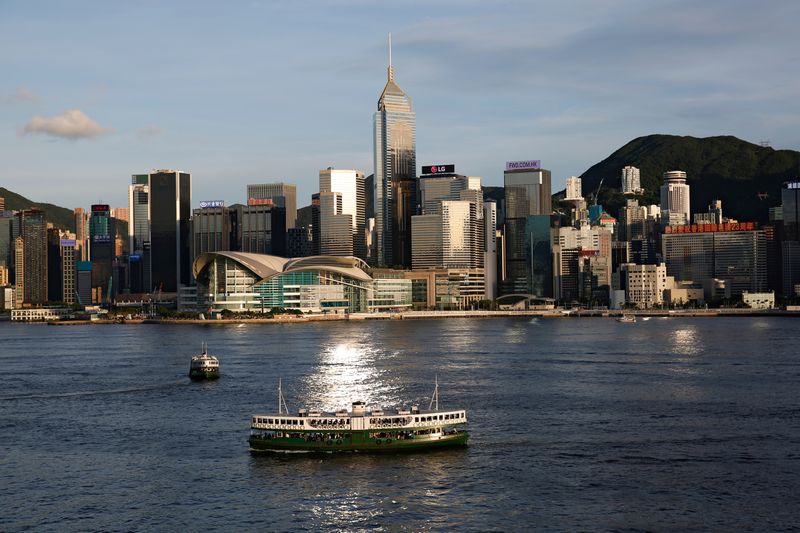 © Reuters. FILE PHOTO: A Star Ferry boat crosses Victoria Harbour in front of a skyline of buildings in Hong Kong

An escalating row with Beijing over reforms in Hong Kong has seen Britain open its doors to potentially more than 5 million people, offering them the chance to live and work in the country and eventually apply for citizenship.

The bulk of the money announced on Thursday will be spent by local government on programmes to help with English language support and housing costs for new arrivals. The government will also launch 12 virtual regional offices to provide help with tasks like registering for healthcare and schools.

These ‘Welcome Hubs’ will also provide advice on how to set up businesses in Britain.

“This programme will ensure British National (Overseas) status holders and their families have the very best start as soon as they arrive, and support to help them find a home, schools for their children, opportunity and prosperity,”  said communities minister Robert Jenrick.

Britain says Chinese-imposed security laws and democracy reforms in Hong Kong have violated the terms of the agreement that saw the semi-autonomous city handed back to China in 1997. Ministers say the visa programme is a way of honouring its side of that deal.

China has reacted angrily to the offer and says the West’s views on its actions over Hong Kong are clouded by misinformation and an imperial hangover.

Since its launch in January, around 27,000 people had applied for the new visa as of March 19. Although overall estimates of demand are uncertain, the government forecasts between 258,000 and 322,000 applicants over five years.

The programme is open to 2.9 million people classed as British National (Overseas) – a special status that specifically relates to Hong Kong – and a further 2.3 million eligible dependents.

Want to know about the future of the pandemic? Join us at Brainstorm Health 2021

Bitcoin to the moon, “The Simpsons” episode predicts By BTC Peers