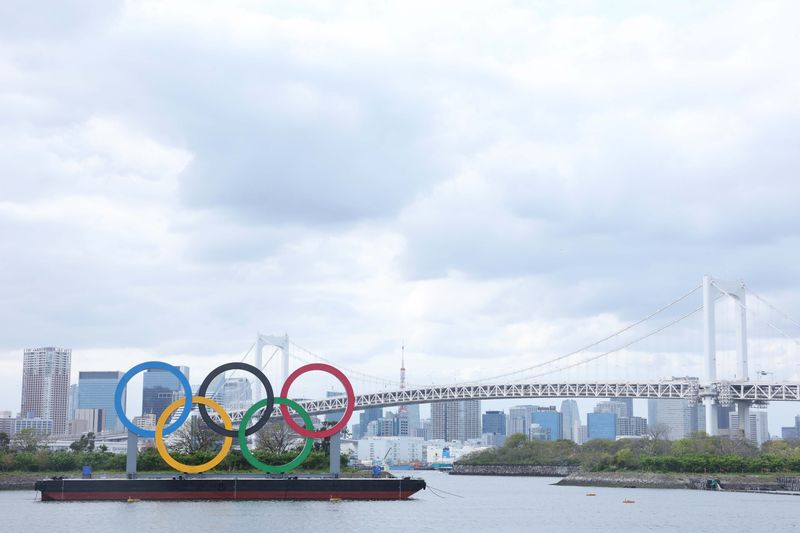 
TOKYO (Reuters) – The Japanese government is thinking of prioritising COVID-19 vaccines for athletes taking part in the Olympics and Paralympics, which start at the end of July, Kyodo news agency said.

Japan’s vaccination drive is far behind that of most major economies, with only one vaccine approved and roughly 1 million people having received a first dose since February, even as the country struggles with a rising number of new cases. Vaccinations for the elderly are set to start next week.

According to government officials quoted by Kyodo late on Wednesday, however, the government has begun looking into the possibility of making sure its Olympic and Paralympic athletes are all vaccinated by the end of June.

The report provoked outrage on social media, with many commentors noting that the original government plans for vaccinations gave priority to medical workers, the elderly and those with chronic conditions, with ordinary citizens unlikely to get theirs before the summer.

“This is really weird. Given that we have no idea if even all the elderly will have received their vaccines by mid-June, you’re going to have all the athletes have theirs?” wrote “Aoiumi2.”

Though a vast majority of Japanese want the Olympics, already postponed once, to be cancelled or postponed again, the government says they will be carried out as planned from July 23 – prompting some commentators to say: “They must really want the Olympics to go ahead, if they’re coming up with plans like this.”

But others had much simpler concerns.

“Give it to my mother first,” wrote one. “Athletes are all young and healthy.”

EU to define what makes a ‘green’ investment in transport, industry, buildings: draft By Reuters