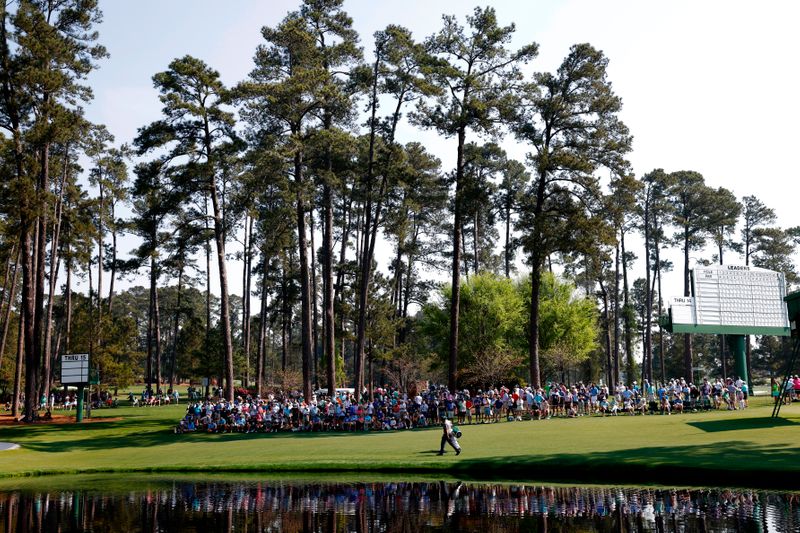 AUGUSTA, Ga. (Reuters) – Augusta National will present a firm and fiery test for the first round at least as the 85th Masters starts with spectators but without Tiger Woods on Thursday.

With fans back on-site in limited numbers after being absent from last November’s unique autumn Masters due to coronavirus concerns, the sport’s most exclusive major championship reverts to its traditional, colourful spring time slot.

There has hardly been a cloud in the sky all week, allowing the conditions to firm up and dry out, so much so that staff were hand-watering some greens on Wednesday as most of the 88-man field enjoyed a final practice round.

Possible rain on Friday and, more likely Saturday, could put a dampener on things, both literally and figuratively, as the business end of the tournament unfolds.

“I think we have the golf course where we want it. It’s playing firm and fast, and not only the greens but the fairways,” Augusta National chairman Fred Ridley said on Wednesday.

“The ball really is rolling … Our intention would be to maintain that throughout the week. In the past we might have started out a little soft and then got firmer as the week went on and vice versa, and last year we were pretty soft all week.”

The conditions should prevent anyone from coming close to the record low score of 20-under-par 268 posted by 2020 champion Dustin Johnson.

He returns as one of the top fancies, vying for favouritism with fellow Americans Bryson DeChambeau, Justin Thomas and Jordan Spieth.

Brooks Koepka, not so long ago the game’s dominant force, will play despite recent knee surgery. He has not competed for more than a month and the state of his game is hard to appraise.

International players comprise more than half the field, and much interest will focus as ever on Northern Irishman Rory McIlroy’s quest to complete the career Grand Slam of all four majors.

His form, however, has been patchy of late.

Notably absent will be Woods, two years on from capturing his 15th major title, and fifth Green Jacket, at the age of 43.

He sustained severe leg injuries in a car crash in February and is recuperating at home in Florida.