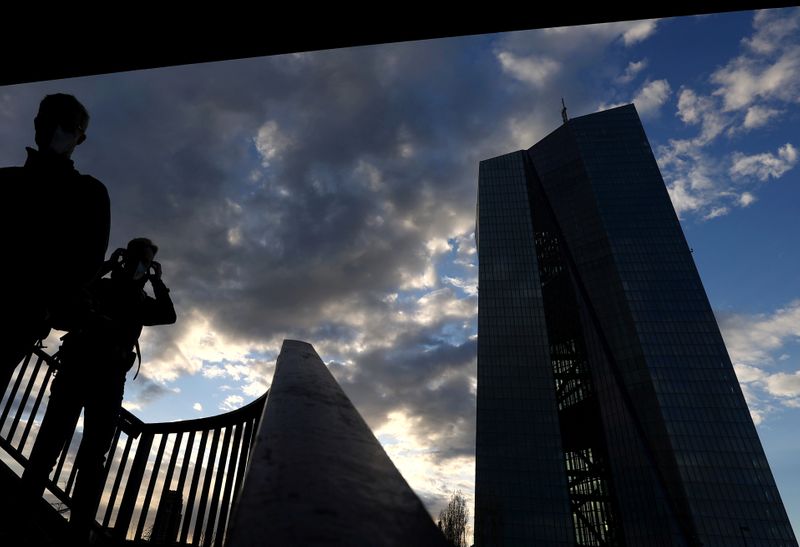 © Reuters. FILE PHOTO: The spread of the coronavirus disease (COVID-19) continues in Frankfurt


FRANKFURT (Reuters) – The European Central Bank sped up the pace of its emergency bond-buying programme by 22.7% in March despite a slowdown in the runup to Easter, with Germany the biggest beneficiary of its stimulus, data showed on Tuesday.

The ECB bought 73.5 billion euros worth of bonds under its Pandemic Emergency Purchase Programme (PEPP) last month after pledging to raise buying volumes and cap a rise in borrowing costs that threatened to derail the euro zone’s recovery from a pandemic-induced recession.

However, data for the five days to April 2 showed net PEPP purchases were nearly halved compared with the previous week, at just 10.6 billion euros – likely due to lower market activity in the runup to Easter.

This was more than twice the net supply of German sovereign paper over those months at 21 billion euros, according to UniCredit estimates, and helped bring the country back to its theoretical quota in the programmes.

The ECB had initially focused its PEPP purchases on Italy and Spain, two of the worst-hit countries during the first wave of the pandemic in the spring of 2020.

The ECB said it would significantly increase the volume of its purchases in response to a rise in bond yields but it did not disclose its target.

Sources said this would not be as high as the 100 billion euros a month the ECB was buying in the spring of 2020 but it would still be well above the 60 billion euros worth of bonds bought in February.