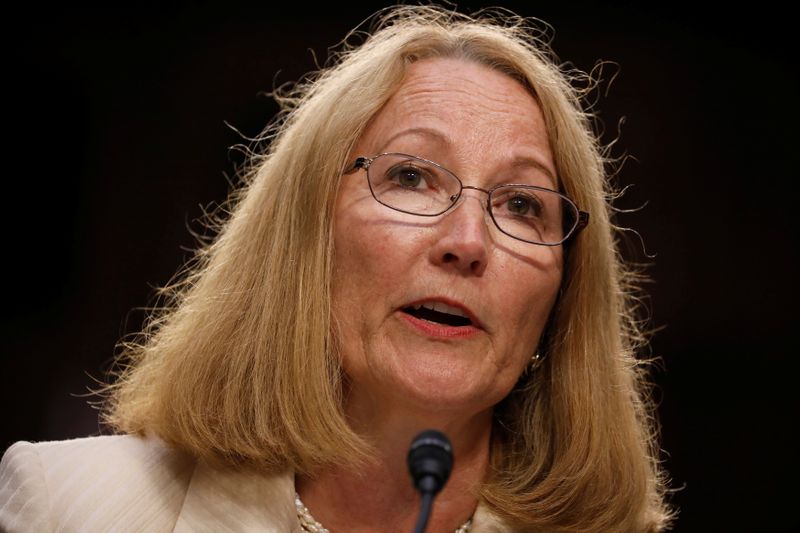 (Reuters) – Susanne Lyons, chair of the United States Olympic Paralympic Committee (USOPC), said on Wednesday athletes can expect a lot more talk about a U.S. boycott of the 2022 Beijing Winter Olympics but again argued there were more effective ways of dealing with China’s human rights abuses.

During the opening session of a three-day virtual media summit to highlight U.S. plans ahead of this summer’s Tokyo Olympics, Lyons focused on China’s Winter Games, addressing comments by the State Department that there are ongoing discussions on how to proceed with participation in them.

“I think we will continue to see a lot of discussion on the topic of boycotts and I want to just point out again what we have said very consistently,” Lyons said.

“We at the USOPC oppose athlete boycotts because they have shown to negatively impact athletes while not effectively addressing global issues in the past.”

In a briefing on Tuesday, State Department spokesman Ned Price repeated Washington’s concerns over Beijing’s human rights violations, particularly its persecution of Uighur Muslims in the Xinjiang region, which the United States deems a genocide.

Asked if the United States was discussing with allies whether or not to consider a potential joint boycott, Price said; “It is something that we certainly wish to discuss”.

Price later clarified in an email that he was referring to the United States having a coordinated approach rather than saying it was specifically discussing a joint boycott.

“Since yesterday the State Department has clarified their position they’ve denied that they were saying that a boycott was moving ahead and said that the Biden administration is more generally in talks with allies over China’s human rights violations,” Lyons said.

“We certainly don’t want to in any way minimize the serious human rights issues that are happening in China but the U.S. has many tools to constructively respond to these concerns.

“We do not believe that Team USA’s athletes should be used as political pawns in these issues.”

U.S. President Joe Biden’s administration signalled earlier this year that it had no plans to bar American athletes from participating in the Beijing Games.