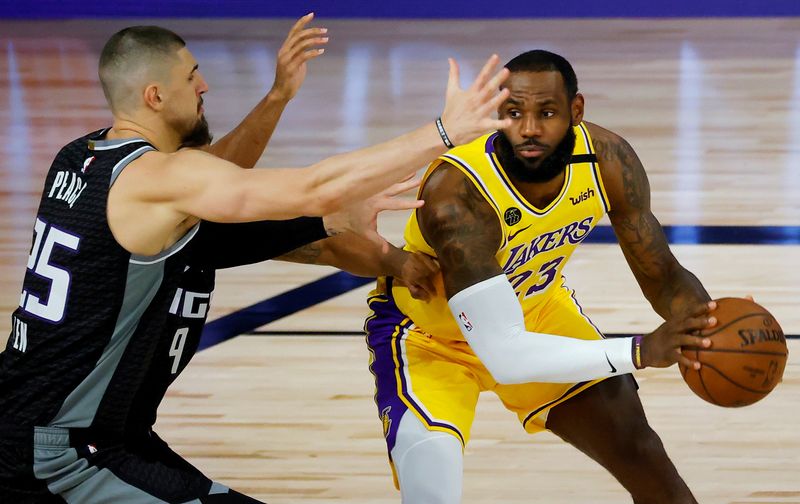 (Reuters) – The voting rights group backed by basketball star LeBron James is kicking off a new campaign to fight Republican-led efforts to tighten voting requirements in Georgia and other states that could restrict access for Black voters and Democrats.

The group, More Than A Vote, will start by running a 30-second advertisement narrated by James during the televised NBA All-Star Game in Atlanta on Sunday.

“Look what we made happen,” the Los Angeles Lakers star says in the ad, as images flash of demonstrations protesting the police killings of George Floyd and Breonna Taylor last year. “What our voices made possible.

“And now look what they’re trying to do to silence us. Using every trick in the book.”

The non-partisan group is among several pushing back against efforts by majority-Republican legislatures across the country to restrict voting access after former President Donald Trump’s false claims of voter fraud in the November election.

In Georgia, where Democrats pulled off surprise wins in the presidential election and two U.S. Senate run-offs, Republican state lawmakers sponsoring the voting measures maintain they are meant to safeguard elections.

More Than A Vote, launched last year by James along with athletes and artists including Orlando Magic center Mo Bamba and Golden State Warriors forward Draymond Green, partnered in 2020 with a group led by former first lady Michelle Obama to provide food, protective gear, free legal advice and rides to the polls for people voting early in the U.S. election.

The group’s initial 2021 efforts will be in Georgia, where the combined presence of the NBA All-Star Game, the push to limit voting access and the heightened importance of the state politically came together as a logical place to focus, said Michael Tyler, a spokesman for More Than A Vote.

The group plans to expand its outreach to states including Pennsylvania, where restrictive laws are being considered, as well as Michigan, where the groups fears congressional districts will be redrawn after the latest U.S. census to dilute the power of voters of color.