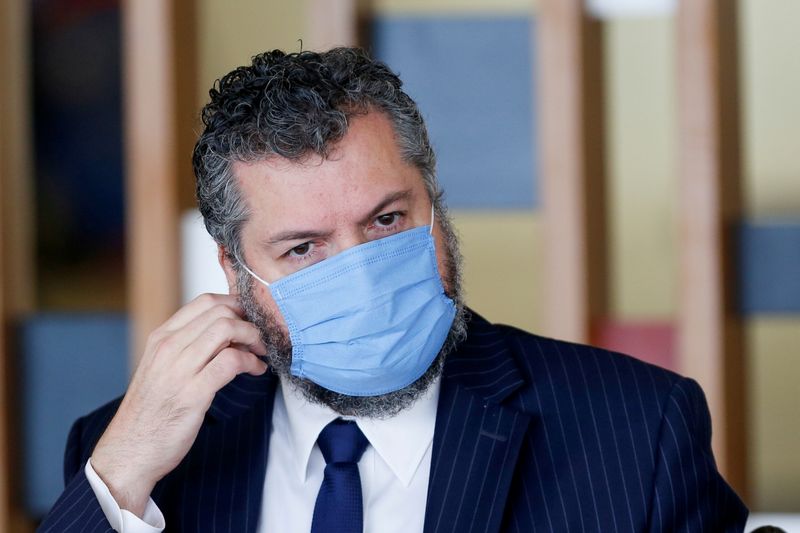 
BRASILIA (Reuters) – The Brazilian government and the Biden administration are working together on climate change, an area that appeared to be the main hurdle to good relations, Brazil’s Foreign Minister Ernesto Araujo said on Friday.

But that has changed now, according to Araujo, speaking remotely to the Council of the Americas hemispheric business forum.

“Something that was regarded as an impediment… is totally out of the way. We are now working together… as key partners towards a successful COP26 and fully implementing climate agreements,” Araujo said, referring to the COP26 United Nations climate summit scheduled for later this year.

Araujo said he and Brazilian Environment Minister Ricardo Salles had talked with President Joe Biden’s climate envoy, John Kerry, and his team. He said there were no “philosophical differences,” only differences in approach.

Araujo had previously been seen as a climate skeptic, who had called theories of human-induced climate change a “Marxist conspiracy.”

He acknowledged there was illegal deforestation occurring in the Amazon (NASDAQ:), which he said the government was combating.

“The readiness to cooperate on deforestation is totally there,” he said, adding that the United States was open to “sustainable investment” in the Amazon.

Deforestation in Brazil’s Amazon rainforest hit a 12-year high in 2020, when an area seven times the size of London was cut down, according to government space research agency INPE.

That followed on a major jump in deforestation in 2019, when Bolsonaro took office and moved to weaken environmental enforcement, which he has criticized as overzealous.

Araujo said Brasilia was looking to forge an alliance with the United States based on the values of “democracy and prosperity,” with Brazil needing U.S. investment to transform itself into a modern market economy.