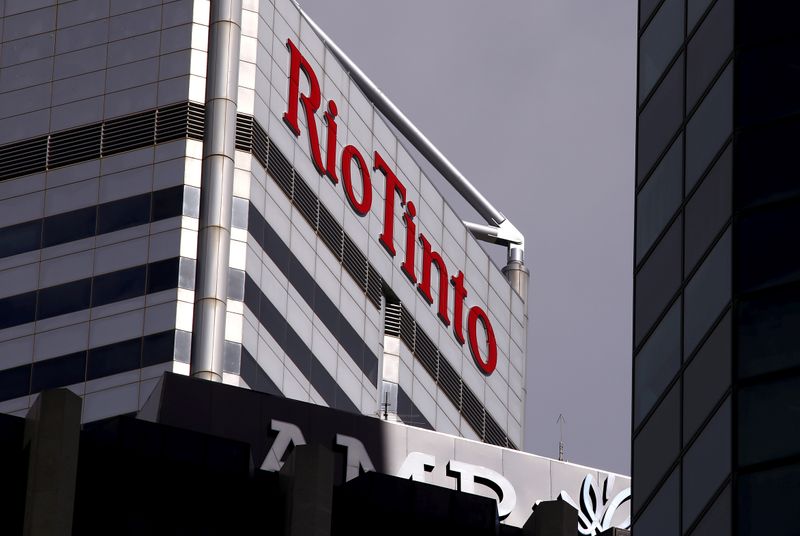 © Reuters. FILE PHOTO: A sign adorns the building where mining company Rio Tinto has their office in Perth, Western Australia


(Reuters) – A U.S. judge on Wednesday quashed a bid to widen the scope of a civil lawsuit by the U.S. Securities and Exchange Commission that accused miner Rio Tinto (NYSE:) of fraud at its Mozambican coal business, a court filing showed.

The SEC filed a complaint against Rio in 2017 with allegations that it had fraudulently concealed the decline in value of the business.

But it failed to secure government approvals, and discovered the resource was lower than expected, still raising more than $5 billion in 2012 before impairing the assets as coal prices fell the following year, when Chief Executive Tom Albanese departed.

Defendants Rio Tinto Ltd, Rio Tinto Plc, Albanese, and former Chief Financial Officer Guy Elliott had argued that the studies were not complete at the time the capital was raised.

In a 2019 ruling, U.S. District Judge Analisa Torres in New York said the regulator may pursue some claims in its October 2017 lawsuit but narrowed the main fraud claim against Rio Tinto and Albanese to focus on the former CEO’s statements about Mozambique growth prospects.

The SEC argued that some of the dismissed claims should be restored, in light of a subsequent U.S. Supreme Court decision in an unrelated case, but that bid was knocked back on Wednesday.

The surviving SEC case includes a claim that Albanese intended to mislead investors in 2012 by describing the Moatize Basin, where RTCM was located, as a world-class basin coal deposit and long-term growth opportunity.

The Australian Securities and Investments Commission brought its own civil claims against Rio Tinto, Albanese and Elliott.