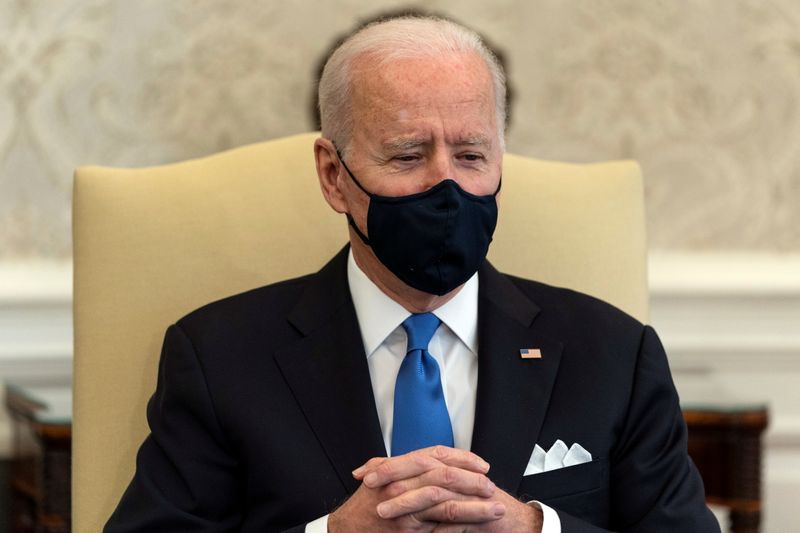 WASHINGTON (Reuters) – U.S. President Joe Biden met with a bipartisan group of lawmakers at the White House on Wednesday to brainstorm ways to accelerate the fight against cancer, saying he believed the world was nearing some “real breakthroughs.”

Biden, whose son Beau died of brain cancer in 2015 at age 46, said the battle against cancer was deeply personal for him – and many Americans.

He told reporters before the meeting that cancer or “the C word” remained the most frightening word in the English language.

“We can make significant strides fighting cancer and Alzheimer’s and other diseases,” he said. “I think we’re on the cusp of some real breakthroughs across the board on cancer.”

The White House said Biden and Vice President Kamala Harris had a productive, nearly hour-long discussion with the lawmakers, but gave no details on specific priorities or legislative plans.

Many of the lawmakers helped passed the 21st Century Cures Act during the Obama administration, which authorized billions of dollars in funding for the National Institutes of Health for research on cancer and other diseases.

During the Obama administration, Biden oversaw Cancer Moonshot, an initiative aimed at speeding development of cancer treatments. Over $1 billion has been invested in the initiative to date, supporting over 240 research projects and 70 cancer science initiatives, according to the National Cancer Institute.

Biden also founded the Biden Cancer Initiative in 2017 as a way to bring together researchers and share data, but it suspended operations after Biden announced his White House bid in 2019.

The crypto FBAR: Implications beyond By Cointelegraph