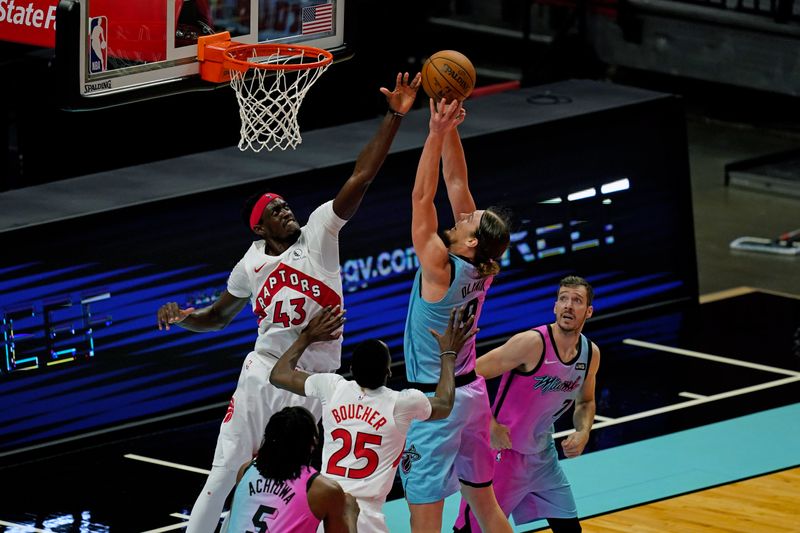 
The Chicago Bulls have lost 12 games in a row to Toronto and they will be out to change that Sunday night when they visit the Raptors in Tampa, Fla.

The Bulls’ consecutive losses to the Raptors have been evenly split between home and away.

The Bulls lost 106-97 at home to the Phoenix Suns on Friday night to end their three-game winning streak.

The Raptors defeated the visiting Houston Rockets 122-111 Friday night without Pascal Siakam, coach Nick Nurse and five assistant coaches who were out because of NBA health and safety protocols.

Siakam also could miss the next three games, according to ESPN.

Assistant coach Sergio Scariolo ran the Raptors from the bench. Toronto led by as many as 23 points, but Houston got within six points in the fourth quarter.

“Of course (it) was different, especially because everything happened so fast,” Scariolo said. “So we had to readjust tasks, timing, schedule. … We had to go a little bit on the fly. But the players did a great job and the remaining coaches, the few guys left, were great. And the guys who were not with us tonight did a great job also, in the game preparation in the previous days.”

Norman Powell scored 30 points, Fred VanVleet had 25 and Kyle Lowry had 20 points, 10 assists and a season-best 11 rebounds. Lowry has 18 career triple-doubles, 16 with the Raptors.

“I probably talked less (Friday) than I usually do,” VanVleet said. “The natural reaction is just for everybody to feel like they have something to say, and to be a coach and to make adjustments. That’s what I do; I do that every day. It’s not a big deal for me.

“So I kind of took even a step back a little bit just because I got a feel for the team. I did have more conversations pregame with the coaches that were available, with Kyle, just kind of coming up with what we wanted to do in terms of a game plan. But other than that, I mean, you’ve got to go out there and play the game.”

The Bulls led by as many as 16 points and took a seven-point advantage into the fourth quarter, where they were outscored 32-16.

Turnovers proved to be the difference. The Suns committed seven turnovers and the Bulls made 19 turnovers that led to 24 points.

“I think the locker room is hurting,” Bulls coach Billy Donovan said. “We just turned the ball over at an alarming rate. It broke our momentum. ‘You know when you’re playing against a good team and certainly a point guard like Chris Paul, who is just not going to turn the ball over, those things just come back and bite you. I think we had done a pretty good job most of the game taking care of the ball, but that fourth quarter, the number of turnovers, I think it was (10) we had just in the fourth quarter alone.

“I mean, you’re in a tight game against a really good team, it’s really hard to overcome that. And then it went from being a close game to them (pulling away) because we just didn’t make good decisions with the ball.”