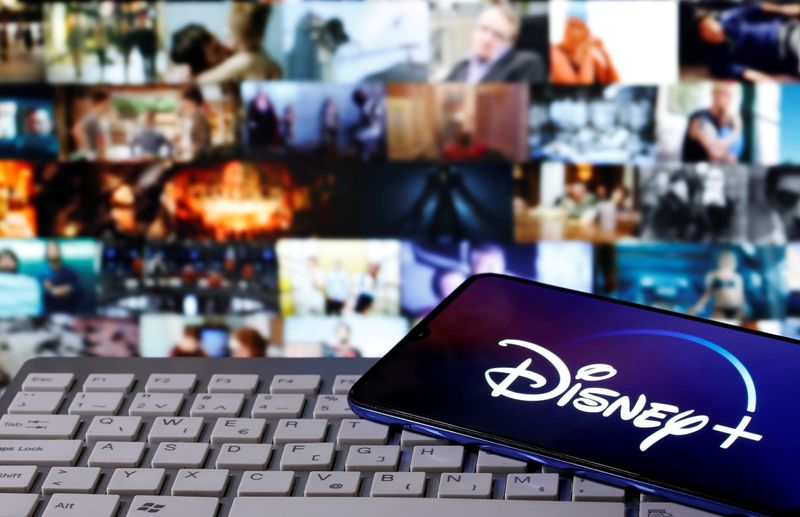 © Reuters. FILE PHOTO: Smartphone with displayed “Disney” logo is seen on the keyboard in this illustration


(Reuters) – Disney+ will bring “Lost”, “Family Guy” and other titles from across studios to viewers in Europe, Canada, Australia, New Zealand and Singapore under its new Star channel, the Walt Disney (NYSE:) Co streaming service said on Tuesday.

Star, which joins Pixar, Marvel and other tiles on the Disney+ app’s home screen, will feature entertainment with more mature ratings, including TV series “Grey’s Anatomy” and “The X-Files” as well as movies including “Pretty Woman”, “Die Hard 2” and “Moulin Rouge”.

Streaming service providers have been bolstering their offerings and expanding into more markets as people stuck at home during the COVID-19 pandemic turn to online content to keep themselves and their families entertained.

Disney+ Star will be rolled out later in 2021 in new markets such as Eastern Europe, Hong Kong, Japan and South Korea, the company said in a statement.

In Latin America, the brand will launch as a separate streaming service, Star+.

Disney+ said it has also added new parental controls and the option to add a PIN to lock profiles with access to mature content, with both features set to be available globally.

Earlier in February, Warner Media said its video streaming service HBO Max, home to titles like “Wonder Woman 1984” and “Love Life”, will launch in 39 regions across Latin America and the Caribbean in late June.

Netflix Inc (NASDAQ:), which added more customers in a single year than ever before in 2020, also plans to release over 70 movies this year to its U.S. customers.