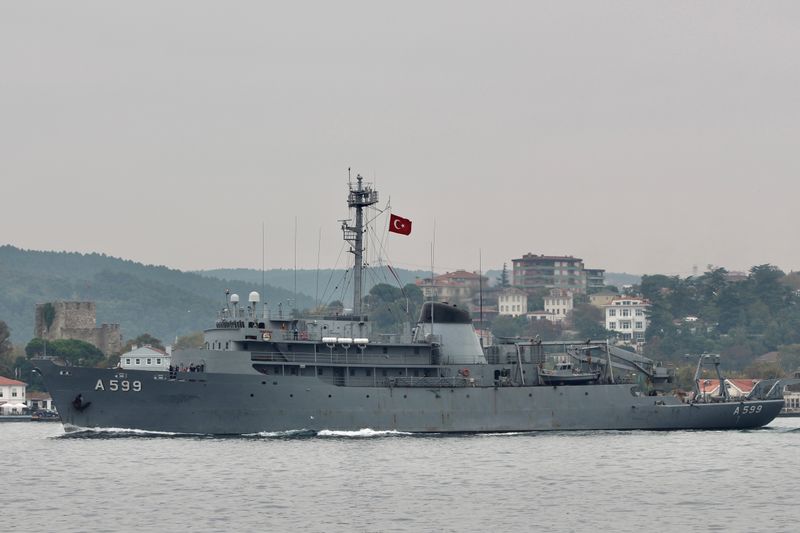 
ANKARA/ATHENS (Reuters) – Turkey said on Tuesday that four Greek jets harassed a Turkish research vessel in the Aegean Sea but Athens denied the accusation, which comes as the two NATO members seek to resume talks over maritime disputes.

The Turkish defence ministry said the four Greek F-16s approached the Cesme on Monday and one dropped a chaff flare two nautical miles from the vessel.

Defence Minister Hulusi Akar said Turkey responded with the “necessary retaliation… in line with the rules”.

“While we are carrying out scientific work, harassment is not appropriate, it is not befitting of good neighbourly ties,” he told reporters in parliament.

After a five-year hiatus, Turkish and Greek officials met on Jan. 25 to discuss a decades-old dispute over the delimitation of maritime zones and rights to energy resources in the eastern Mediterranean. The allies have agreed to meet again in Athens.

Athens said it has sent an invitation to Ankara suggesting the talks resume in early March, ahead of an EU summit. Ankara has said it wants to continue talks and improve ties with the EU, which backs Greece in the dispute.

U.S. will do what’s necessary to defend itself after attack in Iraq, Austin says By Reuters

The quest for Bitcoin scalability through layer two protocols By Cointelegraph

Canada home prices boil over as policymakers sit back By Reuters