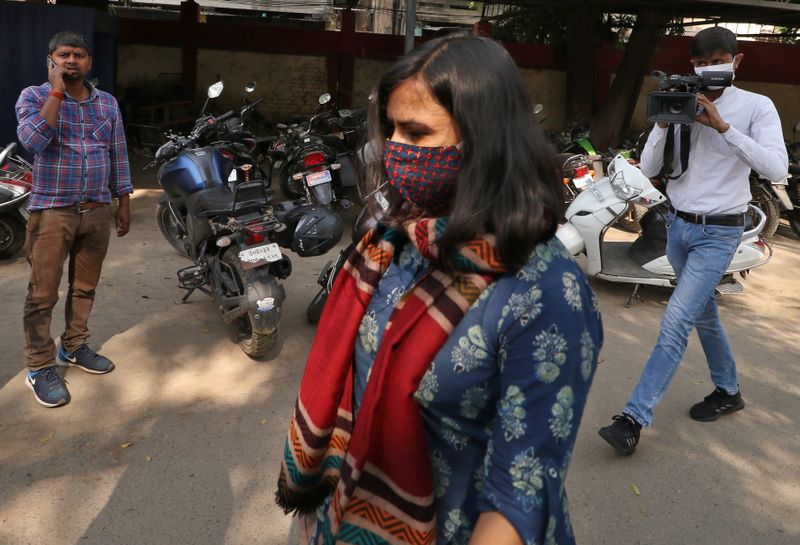 © Reuters. Aparna Purohit arrives for questioning at a police station in Lucknow


By Saurabh Sharma and Shilpa Jamkhandikar

LUCKNOW, India (Reuters) – Indian police in the northern state of Uttar Pradesh questioned a top Amazon (NASDAQ:) executive for nearly four hours on Tuesday over allegations that one of its political dramas on Prime Video hurt religious sentiments and caused public anger.

Shows on streaming platforms such as Netflix (NASDAQ:) and Amazon Prime have often faced complaints in India, a key growth market, for obscenity or hurting sentiment, but the latest controversy involving the Amazon show “Tandav” is among the highest-profile cases.

Amazon declined to comment, and Purohit did not take questions from reporters outside the police station.

A state police officer told Reuters that Purohit had told police an apology had been issued and scenes that concerned the public had been edited out after its release in January.

While the show has angered some, the complaints against the drama and Purohit’s questioning by police have also caused grave concerns among India’s vibrant film industry, where many see this as an attack on free speech.

One Bollywood producer criticized police action on Tuesday, saying such incidents were unnerving.

“You never know when you will be next in line for a scene that you never thought would be offensive,” said the producer, who declined to be named.

Amazon is separately facing the ire of small retailers in India, who have called for a ban on its operations.

Reuters last week reported that the U.S. firm had for years given preferential treatment to a small group of sellers on its India platform and used them to circumvent the country’s strict foreign investment regulations. (http://reut.rs/2OCOT2W)

Amazon has denied any wrongdoing and said it complies with Indian law.