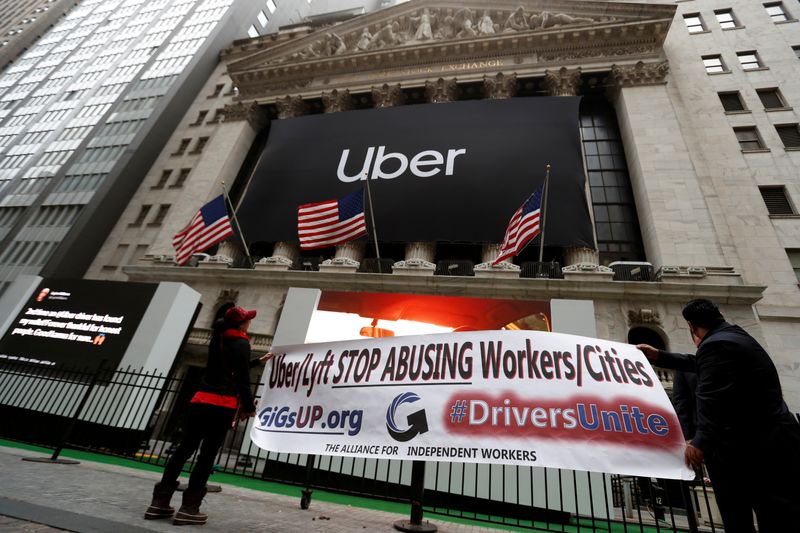 
JOHANNESBURG (Reuters) – A group of South African Uber (NYSE:) drivers are to go to court to seek rights including compensation for unpaid overtime and holiday pay, their lawyers said on Tuesday, hoping for a similar victory to that of British drivers this month.

In both Britain and South Africa, Uber drivers are treated as self-employed, affording them only minimal protections in law – a status the U.S. ride-hailing company sought to maintain in its long-running UK legal battle.

That ended last week when Britain’s Supreme Court ruled that a group of 25 drivers were entitled to worker rights such as the minimum wage.

While Uber said the decision did not apply to all its 600,000 drivers in the country, it was blow to the company’s business model and a significant victory in battles being fought on many fronts against the so-called gig economy.

While businesses say that the gig economy offers flexibility for workers, trade unions among others say it is exploitative.

In November, however, Uber saw off a challenge in its home market of California, where voters backed a ballot proposal that cemented app-based food delivery and ride-hail drivers’ status as independent contractors rather than employees.

The South African case could affect up to 20,000 drivers, British law firm Leigh Day and Johannesburg-based peer Mbuyisa Moleele Attorneys said in a statement. They did not specify when the case would be filed.

Richard Meeran of Leigh Day, which represented the British Uber drivers, said that case marked a final vindication for drivers who had been denied their statutory employment rights for too long.

“We hope that this class action in South Africa will enable South African Uber drivers to access those same rights,” he said.

Uber did not immediately respond to an emailed request for comment.

The law firms pointed out that in South Africa Uber drivers often do not own their own cars and have to work long hours to make ends meet on their current wages.

Denmark stocks lower at close of trade; OMX Copenhagen 20 down 1.19% By Investing.com