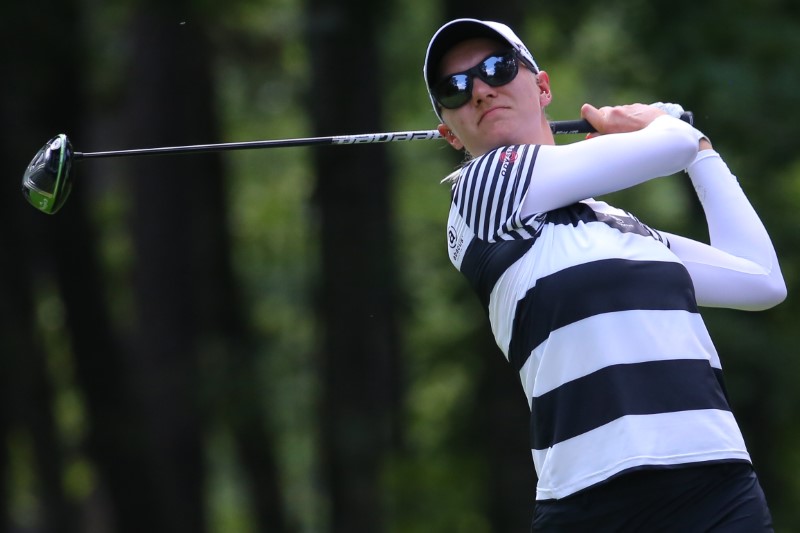 
(Reuters) – Swedish golfer Madelene Sagstrom has revealed she was sexually abused as a child and hopes that by speaking out she may help others in the same situation deal with the trauma.

Sagstrom, ranked 62nd in the world, said she was abused by an adult male friend in Sweden when she was 7-years-old but kept it secret for 16 years.

The 28-year-old said she first shared her story in 2016 with her mentor Robert Karlsson, a former Ryder Cup player who she had met through the Swedish national team.

“For 16 years, I acted like nothing ever happened,” Sagstrom told the LPGA Tour https://www.lpga.com/news/2021/sagstrom-if-i-touch-one-life-it-will-all-be-worth-it. “I immersed myself in golf. Golf became my saviour. And when I played well, I was okay.

“What I didn’t realise is that I simply did not like who I was. All those years, I blamed myself. I hated myself. I despised my body and hurt myself both mentally and physically. That day haunted me.

“Telling Robert was the biggest release I’ve ever had. It’s a big reason why I won three times in 2016 and earned my LPGA Tour card. I didn’t feel like I was hiding anymore.”

Sagstrom later told her family and others around her, which she described as the “start of a new chapter” in her life.

“The day I shared my secret, all my walls broke down,” she said. “Finding my voice and courage to share my experience has taken time.

“If I touch one life by telling my story, it will all be worth it.”