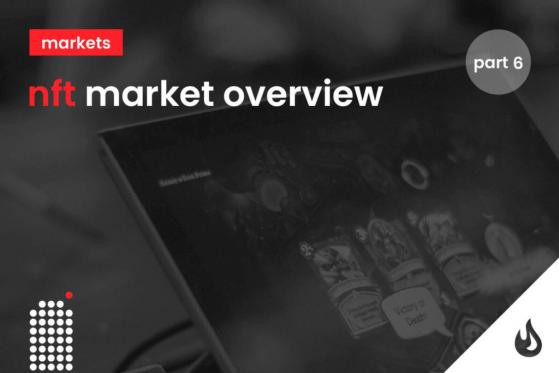 
The world’s biggest art collectors have an expensive hobby. It’s not just that the artworks they buy can cost millions of dollars. It’s that the places they have to buy that art are no less expensive.

The art world is dominated by international auction houses like Christie’s and Sotheby’s. They add up to 25 percent to the hammer price of a work of art. If you hear of a painting selling for $500,000 in New York, know that the buyer will actually have paid as much as $625,000.

If art collectors had somewhere equally renowned to buy the world’s most collectible artworks, they’d have a strong incentive to make their purchases somewhere else. That’s what’s happening in the rapidly growing world of digital collectibles.

Hundreds, and possibly even thousands, of artists are already producing work and selling them on Rarible, Superrare and other Ethereum-based sites. Superrare alone has generated over $14.5 million in sales.

Artworks sold on those platforms are secured using the blockchain which guarantees authenticity and ensures provenance. Payments are made using Ether which demands a transaction charge, or “gas fee.” Those rates vary but Ethereum is known for its high transaction costs. A payment on Superrare can add as much as $100 in transaction fees alone. That’s the not as much as the 25 percent a buyer has to give an auction house, but it’s still a significant extra cost.

But the digital artworld isn’t the same as the world of impressionist paintings and Grand Masters. There is competition.

The Collection, a series of artworks that commemorate the rise of Bitcoin, sold out recently. An edition commemorating the 2009 bitcoin price sold out in 21 minutes, with each of the 361 pieces selling for $199. A limited edition of 21 pieces by digital artist VESA called The Foundation sold out in exactly one second for $999 each. Bidding on a unique piece ended at approximately $6000.

Buyers snapped up those pieces for the pleasure of owning and collecting them, and also to trade them on secondary markets. But unlike the purchases made on Ethereum blockchains, sales of the Bitcoin Collection carried no gas fees at all. The sales were underpinned by WAX, a rival blockchain technology that doesn’t levy transaction costs.

It’s as though Christie’s and Sotheby’s suddenly found themselves facing a new rival with a similarly impressive catalogue of fine art but without a 25 percent buyer’s fee.

The digital art world is new. Art platforms are trying to figure out the best way to put the growing number of digital artists in touch with the growing number of people who want to buy their works. Artists are still looking for the best places to reach buyers. Buyers are looking for the best places to find the art they want to buy. They’re increasingly turning to platforms that don’t charge large amounts to buy.

In the meantime, the Bitcoin Collection will be doing a new release each month commemorating the price of Bitcoin each subsequent. The collection is looking for top-level artists who want to contribute to the series—and who want to sell their work to buyers who won’t have to pay high buyer’s commissions or high gas fees.