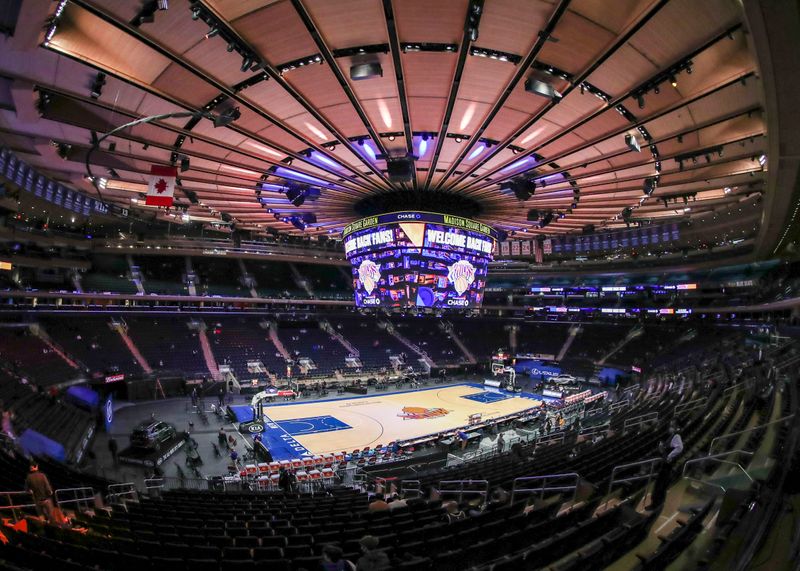 A fan of Golden State sharpshooter Stephen Curry, the 13-year-old was crushed when the tickets her mother purchased for the Warriors’ road game in New York last March were rendered useless as the NBA put its season on hold due to COVID-19.

On Tuesday, standing outside Madison Square Garden in the chilly February air, Cumello was grateful her long-awaited game had finally arrived.

“I’m really excited that we finally got to go because I was really upset when it got canceled,” said Cumello, who plays point guard in her youth league in Fairfield, Connecticut.

“I’m excited that we just get to be here and get to watch.”

Cumello and her mother were among the 2,000 fans ready to watch the New York Knicks take on the Warriors, as New York City welcomed ticketholders at live sports events for the first time since the pandemic brought sports to a halt nearly a year ago.

New York Governor Andrew Cuomo announced this month that stadiums and arenas that can fit more than 10,000 people would be permitted to allow fans up to a 10% capacity, so long as the state Department of Health gives the green light.

In order to attend the game, fans had to present a negative COVID-19 PCR test taken within the last 72 hours, keep masks on and maintain social distancing.

Despite the restrictions and protocols, 46-year-old Elgin Swift of Weehawken, New Jersey, said the game was an opportunity to regain a sliver of his pre-pandemic life.

“It’s almost just a sense of relief to feel like we’re taking steps toward normality,” said Swift, who happily shelled out $100 for a ticket. “For 2.5 hours today I’m going to feel closer to normality than I’ve felt since last year.”

While several National Football League (NFL) and NBA teams have welcomed limited numbers of fans at games across the United States since the pandemic hit, franchises in New York City’s massive sports market have played on behind closed doors.

“I feel like a child again, going to my first-ever game,” said Michael Macholz, a 21-year-old college student from Holbrook, New York.

In Brooklyn, the Barclays (LON:) Center opened its doors to 300 fans for the Nets’ game against the Sacramento Kings, with plans to increase attendance to 1,800 by early March.

The arena sent novel coronavirus testing kits to all ticketholers in advance and also required fans to submit to an on-site nasal swab for antigen rapid testing before entering the facility.

Spectators will be spread out in “pods” of two or four seats and required to wear face masks when not eating.

“It’s been way too long,” said Nets fan Kian Sadeghi, 21, a college student from Brooklyn, who did not have a ticket to Tuesday’s game but stopped by to take in the scene at the arena in the hours leading up to it.

Sadeghi said he went to about 20 or 30 games a season before the pandemic hit and that his family used to have season tickets.