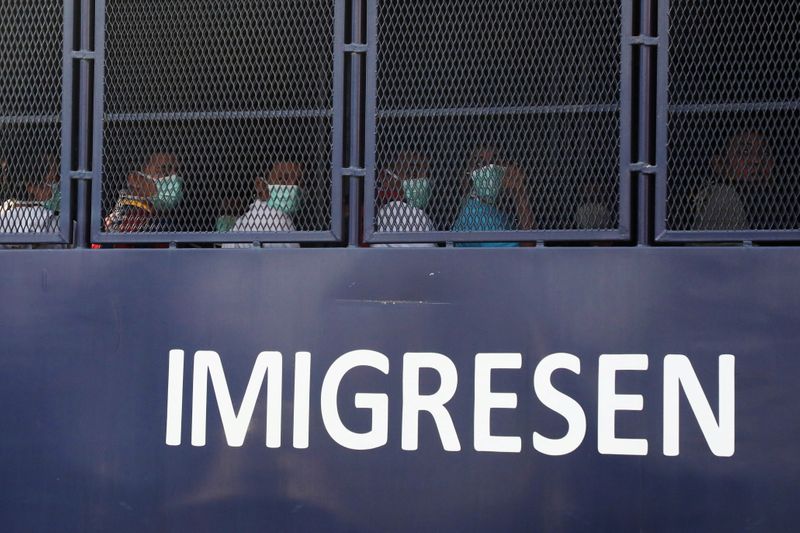 © Reuters. Myanmar migrants to be deported from Malaysia are seen inside an immigration truck, in Lumut


KUALA LUMPUR (Reuters) – A Malaysian court has allowed a temporary stay of deportation of 1,200 Myanmar detainees who were scheduled to be sent back on Tuesday, according to a lawyer for rights groups that petitioned to stop the deportation.

The stay was granted until 10 a.m. Wednesday morning, when the court will hear the groups’ application for judicial review to suspend the deportation, said New Sin Yew, a lawyer for Amnesty International and Asylum Access.

The 1,200 detainees – which includes asylum seekers and children – were scheduled to leave on Tuesday afternoon in three navy ships sent by Myanmar’s military, which seized power in a Feb. 1 coup, sparking weeks of protests from pro-democracy activists.