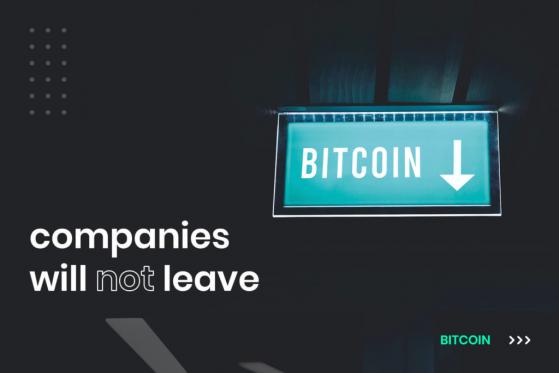 Institutional Adoption Of Bitcoin Is Here To Stay Despite Falling Prices


By now everybody involved in crypto-currencies can attest to the highly volatile nature of Bitcoin and other similar currencies. Only last year Bitcoin saw a low of $5,000 and rose steadily through the rest of the year, finishing at $30,000 in December.

2021 rolled by and Bitcoin began an epic price rally which saw it consistently met milestones of $35K, $40K, $45K, and over $50K in just under two months. Spurred by a host of corporations buying in, Bitcoin looks set to be ingrained in the financial history of the world.

Institutions Getting Involved in Crypto is Changing the Narrative

Throughout Bitcoin’s chequered history, corporations have been on the sidelines until recently with Tesla announcing in an SEC filing that it had purchased $1.5 billion worth of Bitcoin at the start of 2021.

Aside from making a purchase, Tesla announced that the option for users to purchase its vehicles with Bitcoin is in the pipeline. It said, “We expect to begin accepting Bitcoin as a form of payment for our products in the near future, subject to applicable laws and initially on a limited basis, which we may or may not liquidate upon receipt”.

Similarly, Mastercard through its executive vice president Raj Dhamordharan said the company intends to allow crypto-currencies to be accepted on its platform to ease the burden of users of its platform. While Mastercard doesn’t expressly identify the coins that will be authorized on the platform, it states categorically that stable coins that prioritize user security and privacy will be given priority.

Uber’s CEO, Dara Khosrowshahi made a surprising U-turn when he told CNBC that the company is considering adding a crypto payment option while BNY Mellon has announced that crypto-currency is coming on the network by the end of the year.

The Effect Of Corporate Giants On Cryptocurrencies

Analysts have observed that Bitcoin’s stellar run in 2021 may be a result of the influx of institutional investors on the network. Immediately Tesla announced that it had purchased $1.5 billion worth of Bitcoin, the value of Bitcoin surged and with several large corporations looking to follow Tesla’s step, the price looks set to hit $100,000.

Jim Cramer shared his thought on Bitcoin that it is a wonderful hedge against fiat currency. With Bitcoin purchased by huge corporations, smaller businesses are also continuing the adoption of cryptocurrency. Munassi noted that he paid for Pizza using Bitcoin.

Even if the price of bitcoin crashes, we will still see increasing adoption of crypto-currency with the more small business opening up doors to bitcoin. For instance, Atlanta-based Bitpay merges with companies and allows users to buy gift cards using bitcoin. In countries like Japan, day-to-day payment can be effected using bitcoin as small businesses have integrated it into their payment systems.

What J&J’s authorized COVID-19 shot means for the U.S. vaccination campaign By Reuters