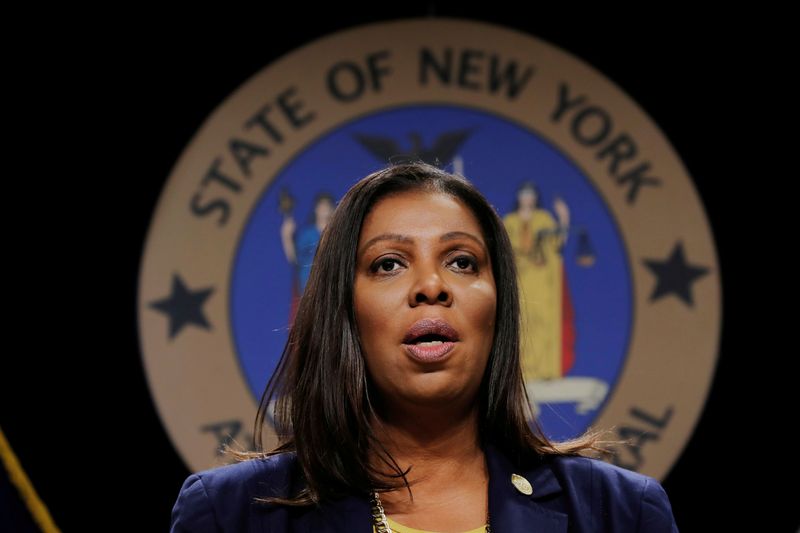 NEW YORK (Reuters) – The owner of the Tether cryptocurrency and Bitfinex trading platform will pay an $18.5 million fine to settle charges it commingled client and corporate funds to cover up $850 million that went missing, New York Attorney General Letitia James said on Tuesday.

Bitfinex was accused of having sent the $850 million to Crypto Capital Corp, a payment processor believed to be in Panama, without telling clients, and after the funds went missing, draining at least $700 million from Tether’s reserves.

James said the diversion broke Tether’s public promise to investors that its currency had been backed one-to-one by U.S. dollars, a practice she said had begun in 2017.

“These companies obscured the true risk investors faced,” James said in a statement.

Tether is the world’s third-largest cryptocurrency, after and , according to CoinMarketCap. Its market value was about $34.8 billion on Tuesday, up from $2.8 billion when James announced her charges in April 2019.

Bitfinex and Tether did not admit or deny wrongdoing in agreeing to settle.

In a statement, they said the funds in question had been fully repaid with interest, and never impacted Tether’s ability to process redemptions.

“The Attorney General’s Office concluded, in essence, that we could have done better in publicly disclosing these events,” Bitfinex and Tether said. “Contrary to online speculation, after 2-1/2 years there was no finding that Tether ever issued tethers without backing, or to manipulate crypto prices.”