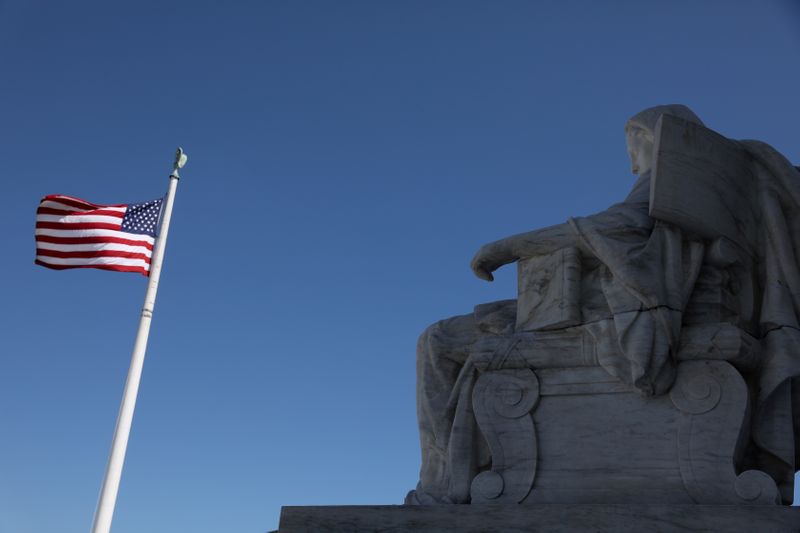 © Reuters. FILE PHOTO: The female figure called the Contemplation of Justice is seen in a general view of the U.S. Supreme Court building in Washington

The justices turned away appeals by the Republican Party of Pennsylvania and Republican members of the state legislature of the ruling by the state’s top court ordering officials to count mail-in ballots that were postmarked by Election Day and received up to three days later. Three conservative justices, Clarence Thomas, Samuel Alito and Neil Gorsuch, dissented from the decision not to review the case.

Biden won the state by more than 80,000 votes. The dispute concerned just 9,428 ballots out of 6.9 million cast in the state. The Supreme Court already had rejected a Republican request to block the lower court ruling.

Bitcoin and Gold Correlation By DailyCoin