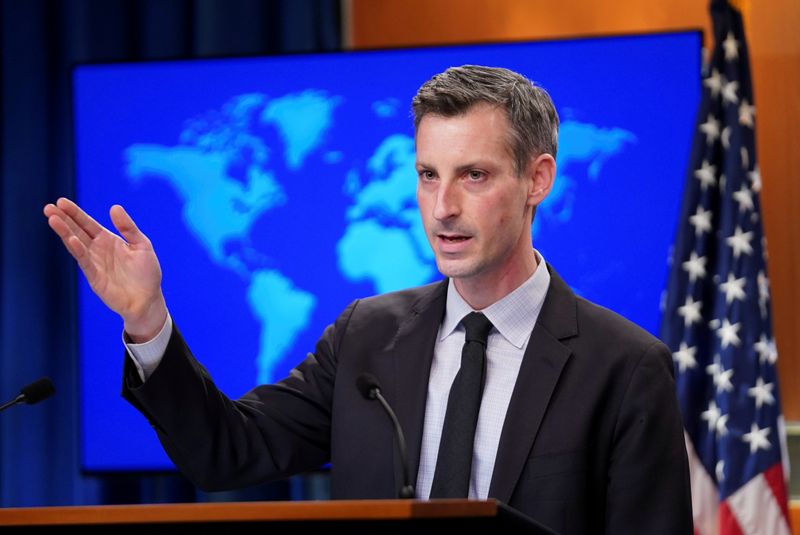 
WASHINGTON (Reuters) – The United States said on Monday it is outraged by recent rocket attacks on coalition forces and others in Iraq but stressed that it will not “lash out” and will respond at a time and place of its choosing.

“We have seen the reports of the rocket fire today … as you heard us say in the aftermath of the tragic attack in Erbil, we are outraged by the recent attacks,” U.S. State Department spokesman Ned Price told reporters. He said the United States was still determining who was behind last week’s attack on the Erbil International Airport compound that killed a contractor working with U.S. forces at the military base on the compound.