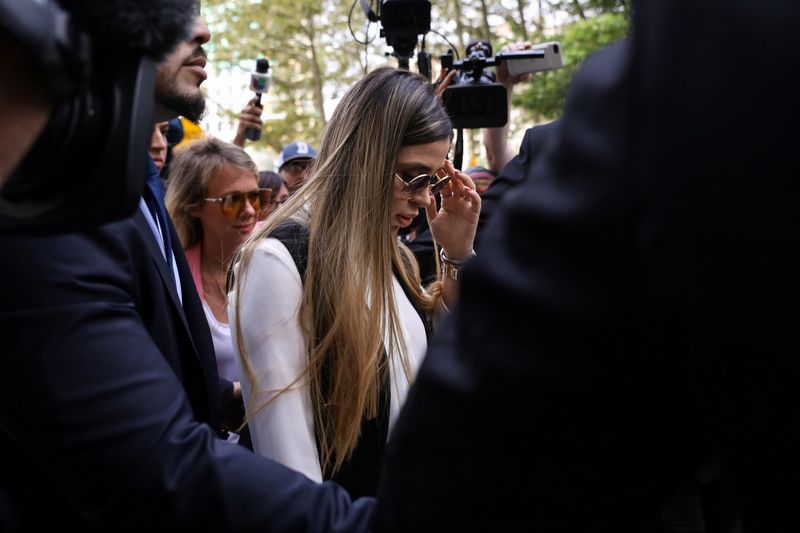 WASHINGTON (Reuters) – The wife of Joaquin “El Chapo” Guzman, the imprisoned former leader of Mexico’s Sinaloa drug cartel, was arrested on Monday over her alleged involvement in international drug trafficking, the U.S. Department of Justice said.

Emma Coronel Aispuro, 31, a regular attendee at her husband’s trial two years ago, was arrested at Dulles International Airport in northern Virginia, and is expected to appear in a federal court in Washington on Tuesday.

Coronel was charged in a one-count complaint with conspiring to distribute heroin, cocaine, marijuana and methamphetamines for unlawful importation into the United States, the Justice Department said.

A lawyer for Coronel could not immediately be identified.

Guzman was convicted in February 2019 of trafficking tons of drugs and engaging in multiple murder conspiracies as a top leader of the Sinaloa Cartel, one of Mexico’s largest, most violent drug trafficking organizations.