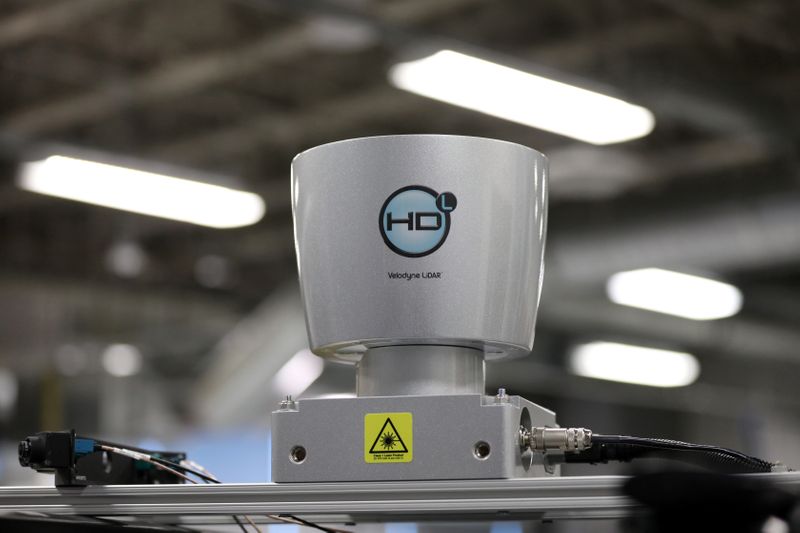 © Reuters. A Velodyne Lidar sensor is seen on an autonomous vehicle at the BlackBerry QNX headquarters in Ottawa


(Reuters) – Sensor maker Velodyne Lidar Inc said on Monday it had removed founder David Hall as chairman and Marta Thoma Hall as chief marketing officer following an investigation into their dealings with the board and company practices.

“The investigation concluded that Mr. Hall and Ms. Hall each behaved inappropriately with regard to Board and Company processes, and failed to operate with respect, honesty, integrity, and candor in their dealings with Company officers and directors,” the company said in a statement.

Velodyne said the company had directed both of them to receive appropriate remedial training while they continue to be on the board. Shares of Velodyne fell about 5% in early trading.

David Hall is the largest shareholder of the company with a 35.43% stake as of Feb. 12, according to Refinitiv IBES data, while Thoma Hall owns a 3.74% stake.

The company has named Joseph Culkin, who has been a board member since 2016, as chairman, effective immediately, while communications head Sally Frykman took over as chief marketing officer.

Velodyne said it had also received a notice from Hall and Thoma Hall of their intent as stockholders to nominate one candidate for a seat on the board.