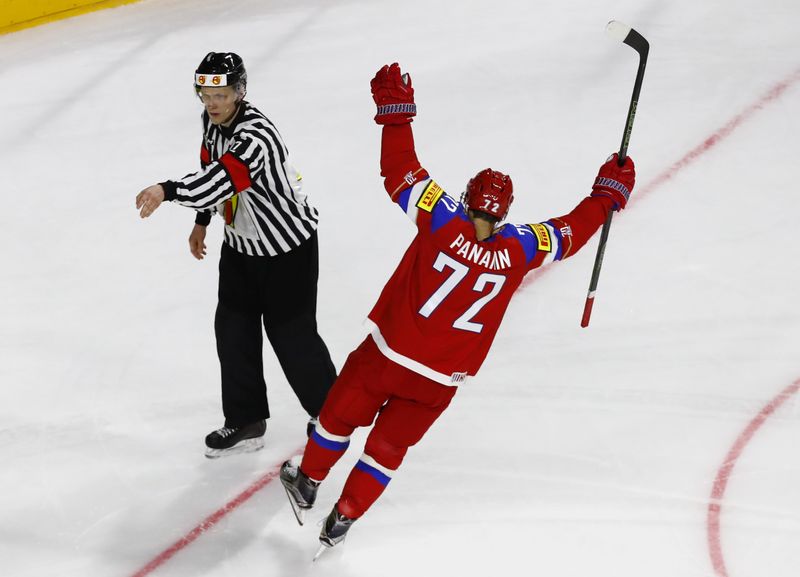 
MOSCOW (Reuters) – The National Hockey League’s New York Rangers said on Monday that star forward Artemi Panarin was being targeted for his support of Kremlin critic Alexei Navalny by what it called a fabricated report alleging he assaulted a woman a decade ago.

Panarin, 29, is one of the few elite Russian athletes openly critical of President Vladimir Putin. He has publicly backed Navalny, who was jailed this month on what the opposition politician said were politically motivated charges.

“This is clearly an intimidation tactic being used against him for being outspoken on recent political events,” the NHL team said in a statement. “Artemi is obviously shaken and concerned and will take some time away from the team.”

The New York Rangers said Panarin, who was a finalist last season for the league’s most valuable player award, “vehemently and unequivocally denies” the allegations against him.

The statement comes after former NHL player Andrei Nazarov, who briefly coached Panarin in Russia, told the Sports.ru website that Panarin had been detained after beating up an 18-year-old woman at a hotel bar in Riga in Latvia in 2011.

Nazarov has in the past been critical of Panarin’s support for Navalny.