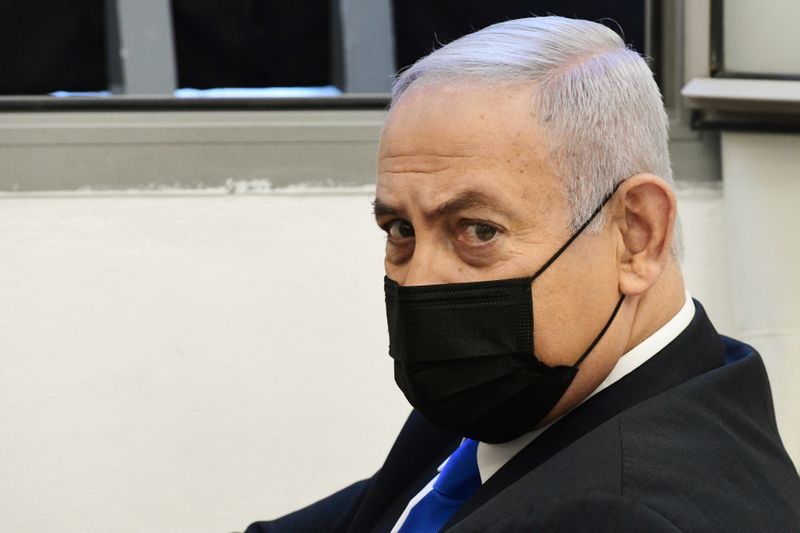 © Reuters. Israeli Prime Minister Benjamin Netanyahu looks on before the start of a hearing in his corruption trial at Jerusalem’s District Court


JERUSALEM (Reuters) – The corruption trial of Israeli Prime Minister Benjamin Netanyahu will resume only after voters head to the polls to pass judgment on his leadership next month, according to a court decision on Monday.

Netanyahu was indicted in 2019 in long-running cases involving gifts from millionaire friends and for allegedly seeking regulatory favours for media tycoons in return for favourable coverage.

The charges against him have been a central issue during three elections in which no clear winner emerged. Israel will hold its fourth parliamentary election in two years on March 23.

This month he pleaded not guilty before a three-judge panel in a heavily guarded Jerusalem District Court.

The court ruled late on Monday that evidence in the trial would be heard starting on April 5.

Opinion polls show the race too close to call, as right-wing rivals and centre-left opponents seek to challenge Israel’s longest-serving leader. Netanyahu has been prime minister continuously since 2009 after a first term from 1996 to 1999.