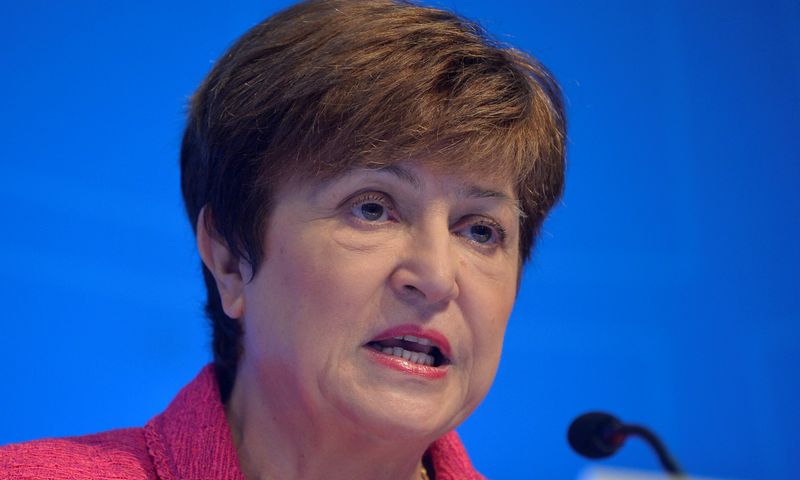 BRUSSELS (Reuters) – The COVID-19 pandemic is likely to widen wealth gaps in Europe unless policymakers help end the health crisis globally, support economies until the pandemic is over and invest in making economies greener, the International Monetary Fund said.

In a speech to a European Parliament conference on Monday, IMF Managing Director Kristalina Georgieva praised EU governments for putting more than 3 trillion euros in fiscal support for firms and households, including job-retention schemes that helped more than 54 million workers.

“But the path to recovery is … uneven… because of the difference in starting positions, economic structure and capacity to respond, causing inequalities to grow both across and within countries,” she said.

She said in the 27-nation EU, countries that are traditional tourist destinations, such as Spain, Greece, and Italy, contracted more than 9% in 2020 compared to an average contraction of 6.4% across the bloc.

According to IMF forecasts, by the end of 2022, per capita income for central and eastern Europe would be 3.8% below pre-crisis projections, compared with a shortfall of just 1.3% for advanced EU economies.

Economists have warned that such divergence would make the economic management of the EU, including the monetary policy of the European Central Bank more difficult and would increase the risk of crises down the road.

“Gradual withdrawal has to follow, not precede, a durable exit from the health crisis. It matters internally, and also in terms of spillovers – a premature tightening of policy when worse-hit economies are still deeply fragile could exacerbate divergence between countries,” Georgieva said.

EU finance ministers want to keep the fiscal stimulus for now, but will hold talks in the second quarter on when to start shifting from the current blanket support for all businesses to more a targeted approach as the economy recovers, and how to deal with a wave of bankruptcies expected as a result.

The EU agreed last year to jointly borrow 750 billion euros and spend it via grants and loans on reforms and green and digital investment that would boost potential growth of those most at risk of falling behind.

Georgieva said the coordination of such green and digital investment was the most important action in the long run.

“Our analysis shows that this could boost global GDP over a 15-year period by about 0.7 percent each year, creating millions of new jobs,” she said.