Aside from giving sweet glimpses of her baby girl, the 25-year-old supermodel also shares on Instagram Story some snaps taken during her pregnancy and of her boyfriend Zayn Malik.

AceShowbiz –
Gigi Hadid continued to share her joy of being a first-time mother. Around five months after welcoming her first child with boyfriend Zayn Malik, the supermodel treated her online devotees to several never-before-seen pictures of their daughter Khai.

On Sunday, February 21, the 25-year-old beauty took to Instagram Story to let fans ask for her to post pictures from a specific date. When a devotee jotted down the November 30, 2020 date, she put out a throwback picture of her baby girl which captured the infant from her chest down, wearing a brown onesie and a pair of white socks.

As for the request for a photo taken on January 1, 2021, the older sister of Bella Hadid and Anwar Hadid unveiled a snap of her little bundle of joy being wrapped in a pink puffy snowsuit bearing the word “Khai” on the back. Alongside the snap, she wrote, “one of my favorite baby gifts from my @tommyhilfiger family @leonello.borghi @rossellaraffi.” 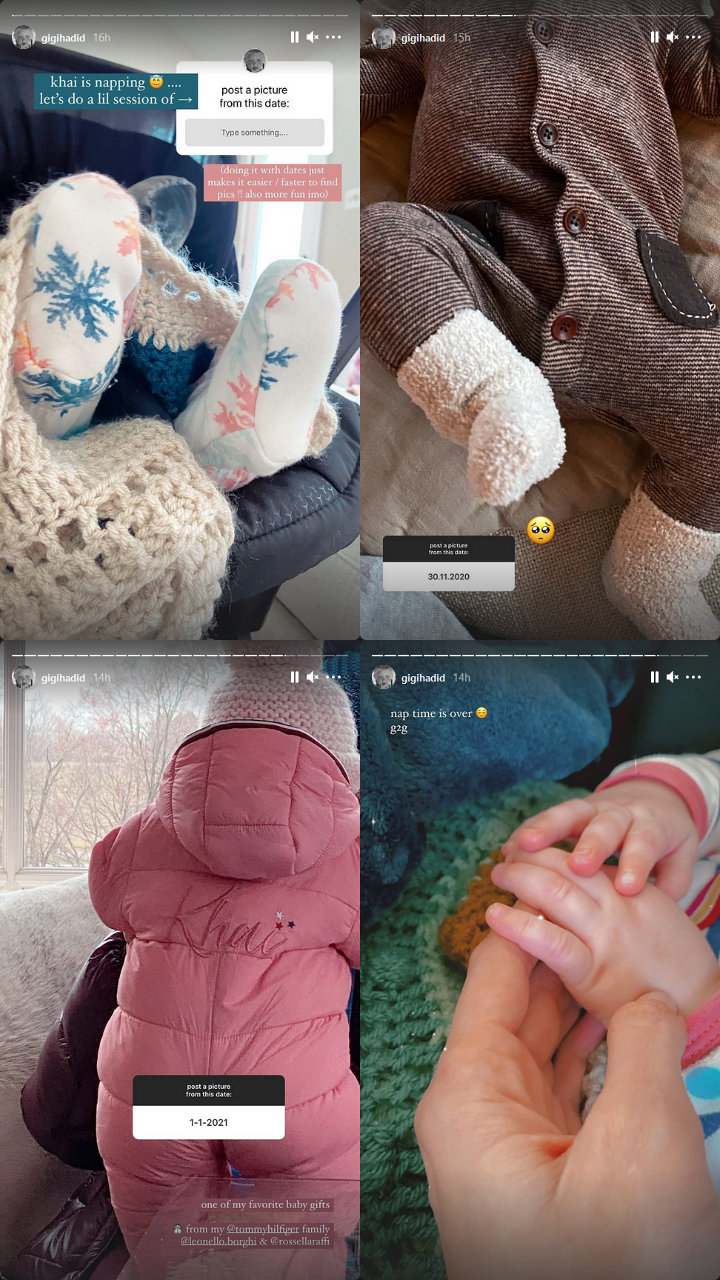 Aside from offering sweet glimpses at her newborn daughter, Gigi also shares on Instagram Story several pictures taken during her pregnancy. An image taken on September 8 saw her showing off her growing belly, while the picture from August 13 displayed her maternity shoots.

Gigi followed them up with an image of the former One Direction star walking while pushing their baby girl’s stroller. After revealing some other old photographs, she ended the photo-sharing session by letting out an image of her hand holding her baby’s. “Nap time is over gtg,” she divulged. 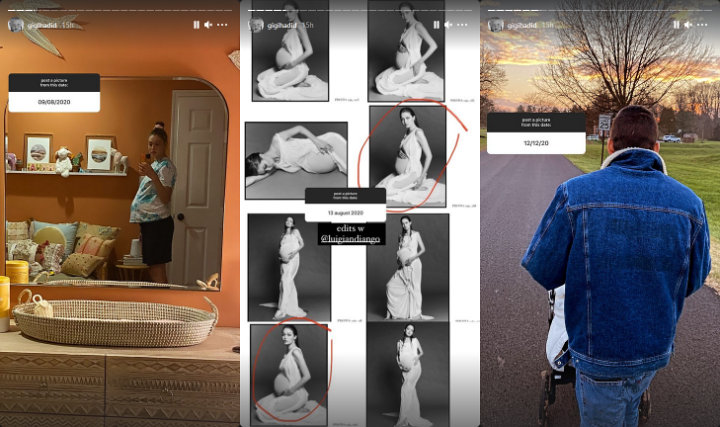 Gigi Hadid shared some throwback pictures from her pregnancy and a snap of beau Zayn Malik.

Gigi and Zayn welcomed Khai on September 23. Announcing the baby news, she posted on Instagram a black-and-white picture of the “Pillowtalk” crooner’s hand holding their daughter’s. “Our girl joined us earth-side this weekend and she’s already changed our world. So in love,” she raved alongside the post.

In early February 2021, the daughter of Yolanda Hadid got candid about her view regarding her postpartum body. “I know that I’m not as small as I was before, but I also am a very realistic thinker. I straight up was like, ‘Yeah, I’ll shoot a Vogue cover, but I’m obviously not going to be a size 0,’ nor do I, at this point, feel like I need to be back to that,” she said in the interview of Vogue’s cover story.

“I also think it’s a blessing of this time in fashion that anyone who says that I have to be that can suck it,” Gigi added. She further explained that she was not in a rush to go back to her busy work schedule by stating, “I’m veering toward things that feel more stable than being in a different country every week.”