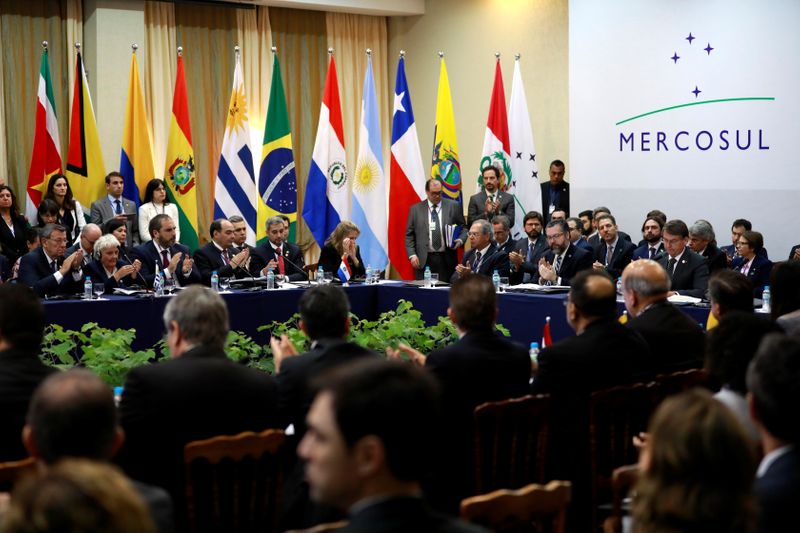 
PARIS (Reuters) – There is no chance at the moment that France will ratify a free-trade deal between the European Union and the Mercosur group of South American countries, an official at the presidential palace said on Monday.

“The conditions for us to give it a re-rethink are numerous and drastic and for the moment have no chance of being met by the countries in question,” the official said.

France, the EU’s biggest agricultural producer, has been one of the most virulent opponents to the current version of the deal with the Mercosur group that comprises Argentina, Brazil, Paraguay and Uruguay, the world’s fourth-largest trade bloc.

The agreement was reached in 2019 but has yet to be ratified.

France has cited concerns over the risk of a surge in South American agricultural exports to Europe and the impact of the future deal on forests and the climate.

Oil Holds Losses Near $65 With U.S. Stockpiles Expected to Climb By Bloomberg