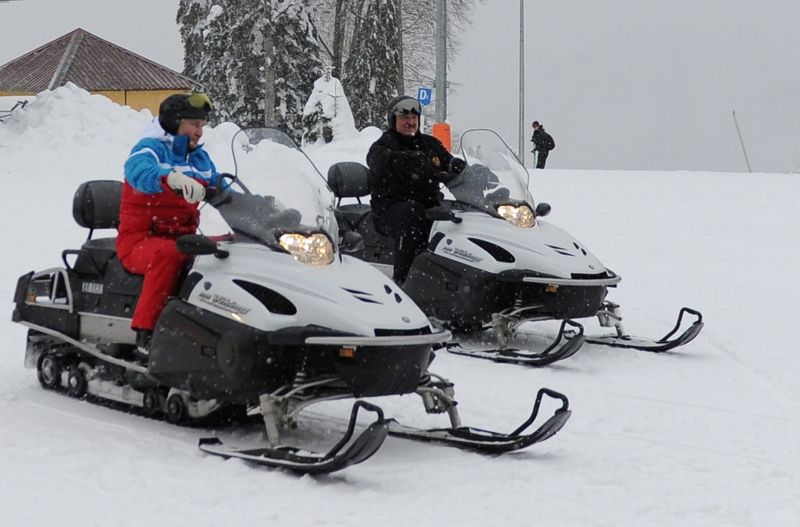 Russia provided Belarus with a $1.5 billion loan last September in a gesture of support for Lukashenko as protesters took to the streets across Belarus following an Aug. 9 election which opponents say was rigged.

Lukashenko denies electoral fraud and has clung to power with the backing of the Kremlin, which said at the time that the money was to be put towards refinancing previous loans.

“I am of course very grateful for the economic support that you provide to Belarus,” Lukashenko told Putin during talks in the southern Russian city of Sochi. “I must inform you that this has not been in vain. The money has not been wasted.”

Russia’s Kommersant newspaper quoted government sources this month as saying Lukashenko would ask Putin for another loan worth $3 billion, but the veteran Belarusian leader denied he was seeking additional money.

Lukashenko responded to the protests with a violent crackdown. Opposition leader Sviatlana Tsikhanouskaya, who is based in Lithuania, told Swiss newspaper Le Temps last week the opposition had lost the streets for now because protesters could not counter the force used by the police.

On Monday, a court in the Belarusian city of Homiel sentenced 17-year-old Mikita Zalatarou to five years in prison for allegedly taking past in riots last August. Two other protesters were sentenced to six and eight years, respectively.

Authorities are also prosecuting Viktor Babariko, a former banking executive who was detained on corruption charges which his team said were fabricated to prevent him from standing as a candidate in last year’s presidential election.

Saudi Arabia stocks higher at close of trade; Tadawul All Share up 1.18% By Investing.com