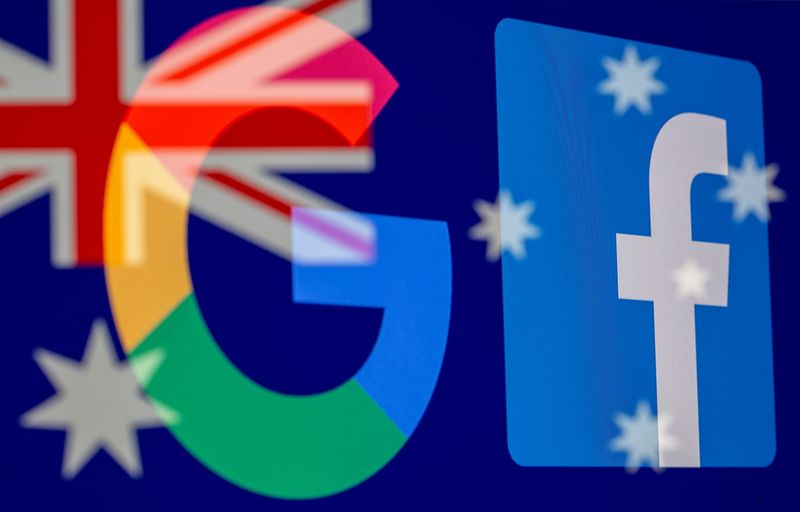 © Reuters. Google and Facebook logos and Australian flag are displayed in this illustration taken

CANBERRA (Reuters) – Australia’s lawmakers on Tuesday inched closer to passing landmark laws that would force Facebook Inc (NASDAQ:) and Alphabet (NASDAQ:) Inc’s Google to pay news outlets for content and could set a precedent for tighter regulation in other nations.

The country is on course to become the first to introduce laws that challenge big technology firms’ dominance in the news content market, with Canada and Britain considering similar moves.

The government does not have a majority in the Senate, though the country’s opposition Labor party has said it will support the legislation despite loud protests from the tech giants.

Facebook has taken the most hardline approach amid concerns about the global precedent such laws might set for other jurisdictions.

In contrast, Google has signed a series of content deals with Australian media companies.

Australia, however, has vowed no further amendments will be made and the legislation is expected to be endorsed by the country’s Senate on Tuesday.

Crypto companies valued at billions as market booms By Cointelegraph