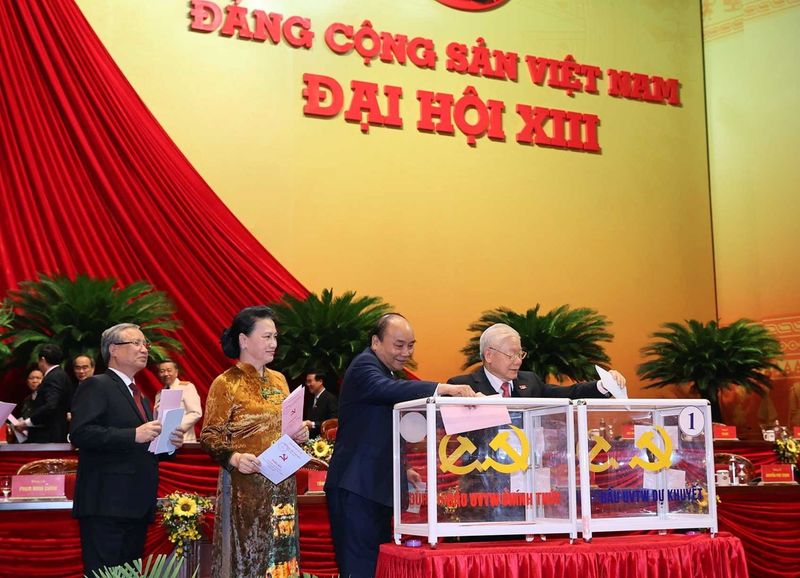 © Reuters. The 13th national congress of the ruling communist party of Vietnam in Hanoi

Trong, who emerged on top in a power struggle at the last congress in 2016 and has spearheaded a “blazing furnace” crackdown on corruption in the last five years, was granted an exception to party rules which say people over the age of 65 should retire.