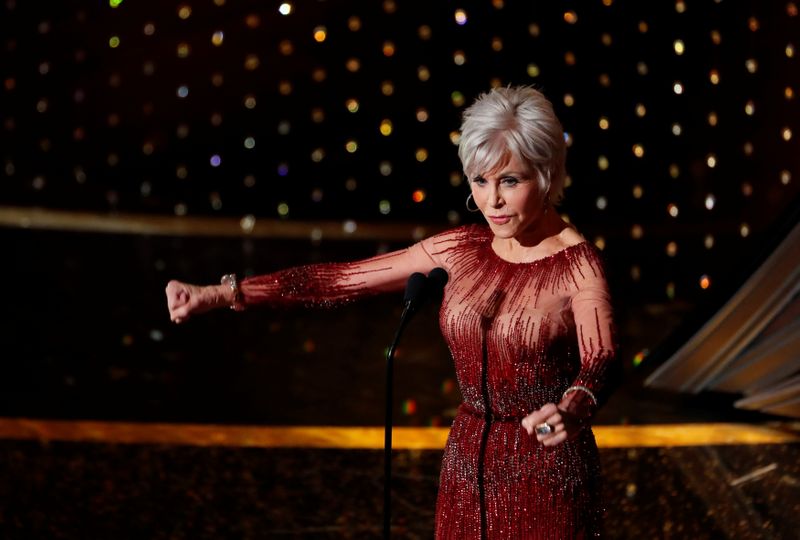 
LOS ANGELES (Reuters) – American actor and activist Jane Fonda will get a lifetime achievement award at the Golden Globes ceremony next month, marking a career in film, television and at the forefront of social issues over some 60 years.

The Hollywood Foreign Press Association (HFPA), which organizes the Golden Globes, said on Tuesday that Fonda would receive its Cecil B. deMille award at the Feb. 28 ceremony.

“Her undeniable talent has gained her the highest level of recognition, and while her professional life has taken many turns, her unwavering commitment to evoking change has remained,” HFPA president Ali Sar said in a statement.

Fonda, 83, made her professional debut in 1960 on Broadway and on screen and went on to become one of the biggest movie stars of the 1960s and 1970s with films like “Barbarella” and “Klute” and later “On Golden Pond” and “9 to 5.” Her most recent appearances have been in the Netflix (NASDAQ:) comedy series “Grace and Frankie.”

She also developed a voice as a political activist, campaigning against the Vietnam War in the 1970s, against the Iraq War in 2003, and in the past year holding weekly protests highlighting the dangers of global warming.