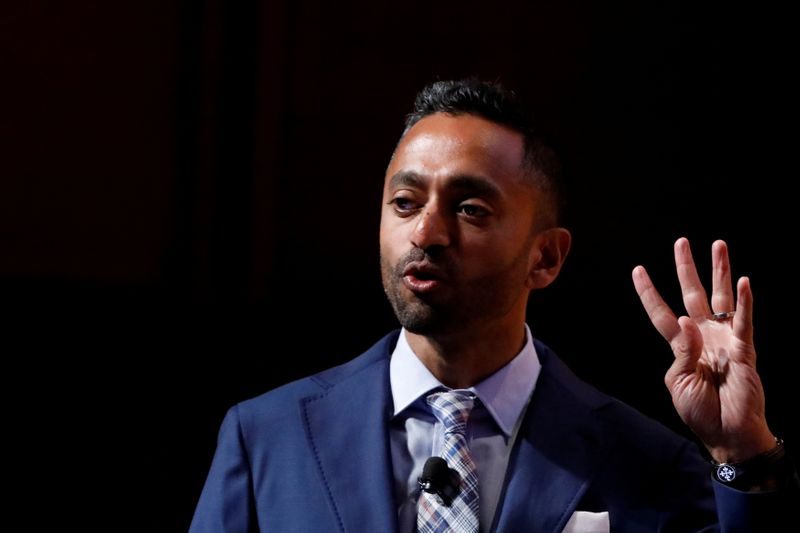 © Reuters. FILE PHOTO: Chamath Palihapitiya, founder and CEO of Social Capital, at a conference in 2017

Palihapitiya, who became a celebrity on Wall Street thanks to his prolific launch of blank-check acquisition firms, has been a fierce critic of Newsom on policies such as taxation and his response to the COVID-19 pandemic.

Opponents of Newsom, a Democrat who has served for two years, are campaigning to gather the 1.5 million signatures required by March 10 to trigger a recall election to remove him from office before his term expires in 2023. The recall campaign has said it has gathered more than 1.2 million signatures so far.

In a tweet, Palihapitiya told his 800,000-plus followers, “It’s on. #RecallGavinNewsom” accompanied by a link to a website titled “Chamath for California Governor.”

On the site, Palihapitiya argues California is too expensive and its teachers are underpaid, while lamenting the quality of the state’s schools. His campaign proposals include a 0% state tax, a guaranteed $70,000 salary for teachers and providing $2,000 for every new child born in California.

Asked by one Twitter user what would happen to his investments and ventures if he became governor, Palihapitiya replied that he would “keep doing it” but donate profits to “California pensions.”

A Palihapitiya spokesman had no further comment on his political ambitions.