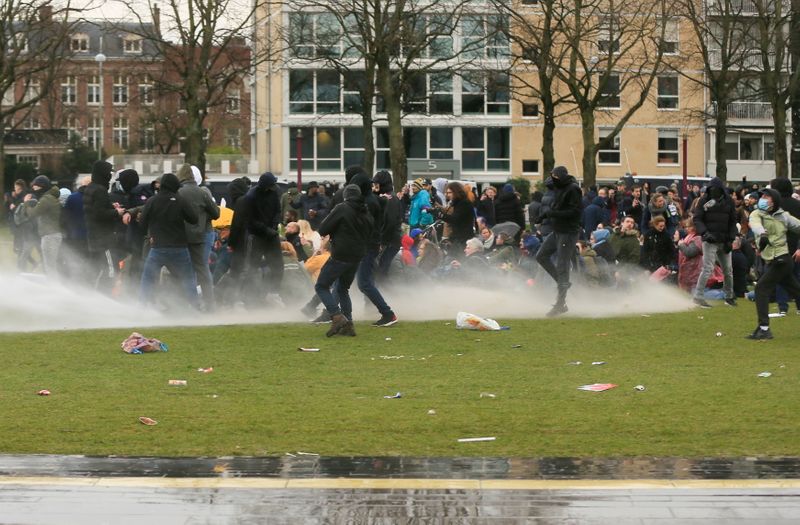 
AMSTERDAM (Reuters) – Dutch police detained more than 150 people in a third night of unrest in cities across the Netherlands, where roaming groups of rioters set fires, threw rocks and looted stores in violence triggered by a night curfew aimed at curbing the coronavirus.

The nation’s first curfew since World War Two followed a warning by the National Institute for Health (RIVM) over a new wave of infections due to the “British variant” of the virus, and was imposed despite weeks of declines in new infections.

Ten police were injured in the port city of Rotterdam, where 60 rioters were detained overnight, Dutch news agency ANP said on Tuesday.

Two photographers were hurt after being targeted by rock-throwing gangs, one in the capital, Amsterdam, and another in the nearby town of Haarlem, broadcaster NH Nieuws said.

In the capital’s east, at least nine people were held after clashes with riot police. Store windows were smashed and an angry group attacked a police van, witnesses said.

Schools and non-essential shops have been shut since mid-December, after bars and restaurants were closed two months prior.

France stocks higher at close of trade; CAC 40 up 1.35% By Investing.com