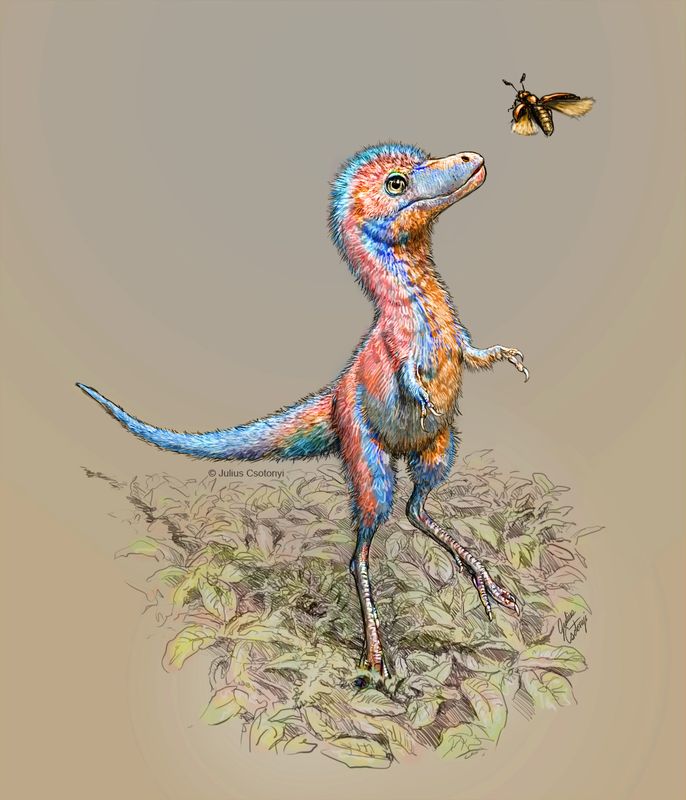 © Reuters. Baby tyrannosaur from the Cretaceous Period of North America is seen in an undated artist’s rendition

WASHINGTON (Reuters) – Scientists for the first time have found embryonic remains from the group of ferocious meat-eating dinosaurs that includes T. rex – fossilized jaw and claw bones that show these record-size babies looked a lot like adults and were “born ready” to hunt.

The fossils, the researchers said on Tuesday, represented two species from the group called tyrannosaurs, the apex predators in Asia and North America during the Cretaceous Period toward the end of the dinosaur age.

The bones indicated that these were bigger than any other known dinosaur babies – three feet (1 meter) long, or the size of a medium dog – and hatched from what must have been enormous eggs, perhaps exceeding the 17-inch (43-cm) length of the largest dinosaur eggs currently known.

Both are slightly smaller cousins of Tyrannosaurus rex. The largest-known tyrannosaurs topped 40 feet (12 meters) long and 8 tons in weight.

The jaw possesses distinctive tyrannosaur traits, including a deep groove inside and a prominent chin.

University of Edinburgh paleontologist Greg Funston, lead author of the research published in the Canadian Journal of Earth Sciences, said the scientists were amazed at how similar the embryonic bones were to older juvenile and adult tyrannosaurs and noted that the jaws boasted functional teeth.

“So although we can’t get a complete picture, what we can see looks very similar to the adults,” Funston said.

It appears that tyrannosaurs, Funston added, were “born ready to hunt, already possessing some of the key adaptations that gave tyrannosaurs their powerful bites. So it’s likely that they were capable of hunting fairly quickly after birth, but we need more fossils to tell exactly how fast that was.”