Jahrome Hughes goes into the grand final as arguably the most improved player in the NRL.

Sacked by the Titans after one game in 2013, Hughes spent two seasons in the wilderness before getting a start at the Cowboys.

He again played one game – and got sacked again.

His career could have ended then and there – but master coach Craig Bellamy saw something in the small utility back.

He moved Hughes from fullback into the crucial position of halfback – and in the season of COVID, his form has blossomed.

Hughes laid on three tries in the big win over the Raiders and the 26-year-old shapes as a genuine danger man in next weekend's big dance.

Ricky Stuart is one of our game's most ruthless competitors – and he was understandably devastated after falling one game short of back-to-back grand finals last Friday night.

The Raiders coach cut short his press conference after just one question following the 30-10 defeat to the Storm, leaving a bemused media gallery in his wake at Suncorp Stadium.

But the truth be known, 'Sticky' will be happy if he never goes to Suncorp again.

The veteran former Test halfback has made 12 visits to the home of Queensland football – with just one win to his name in all that time. 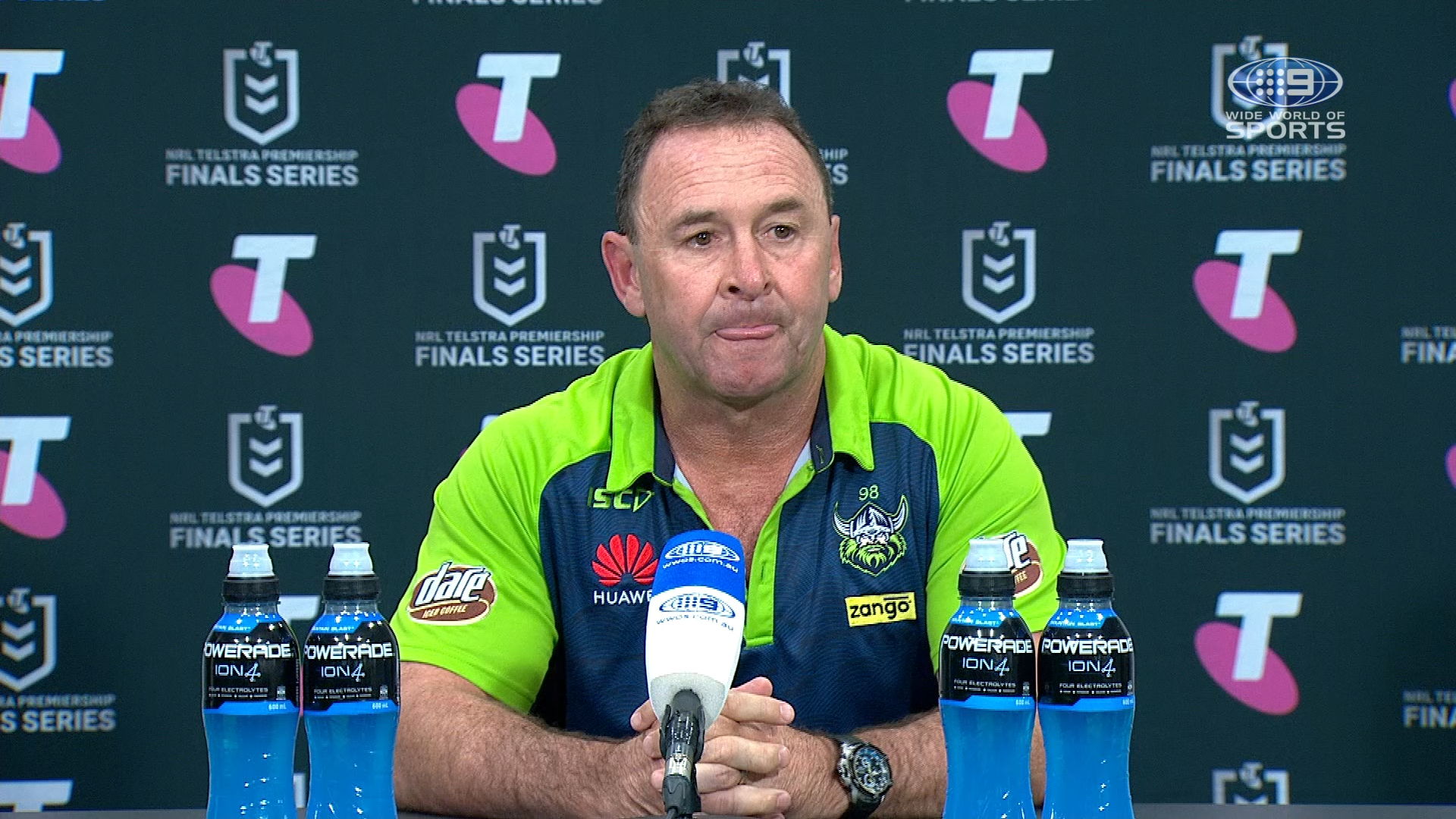 Canberra managed to get away with slow starts in recent months, but it finally caught up with them against the clinical Storm.

Remarkably, the Raiders conceded the first try in of their last 12 games, but managed to fight their way back time and again.

But their luck ran out against Melbourne, who scored the first try – and then three more – to go to 24-0 in as many minutes to put the game out of Canberra's reach.

Dale Finucane's return from injury against the Raiders gives the Storm a timely edge – and the big man celebrated his 200th game with a determined try.

But grand final week is often a time of superstition for the players – and could Finucane be 'the mock'?

The former Bulldog has played in five grand finals for just one win and will be desperate to improve on that 20 per cent success rate against the Panthers on Sunday night.

Similarly, if Finucane is the Storm's bad luck man, promising winger Brian To'o could be the Panthers' lucky charm.

The 22-year-old flanker has played just three games at ANZ Stadium – but crossed the tryline every time.

It was his try that put the Panthers back in Saturday night's gritty win over Souths after the Rabbitohs sprinted out of the blocks and To'o will be one of Nathan Cleary's go-to men in the big one.

Why doesn’t Andy Dalton like his ‘Red Rifle’ nickname?