The blast, which sent a giant mushroom cloud into the sky, flattened much of the port and damaged buildings across the capital.

Many bodies remain buried in the rubble.

Prime Minister Scott Morrison told Today one Australian had been killed in the blast and officials were contacting family members before further details could be released.

“It’s my deep regret to inform you that one Australian has been killed in this horrific blast. We obviously can’t confirm details of that at this stage because there is contacts with families and others,” Mr Morrison said.

Mr Morrison said some members of the Australian Embassy in Beirut had received minor injuries after the explosion. 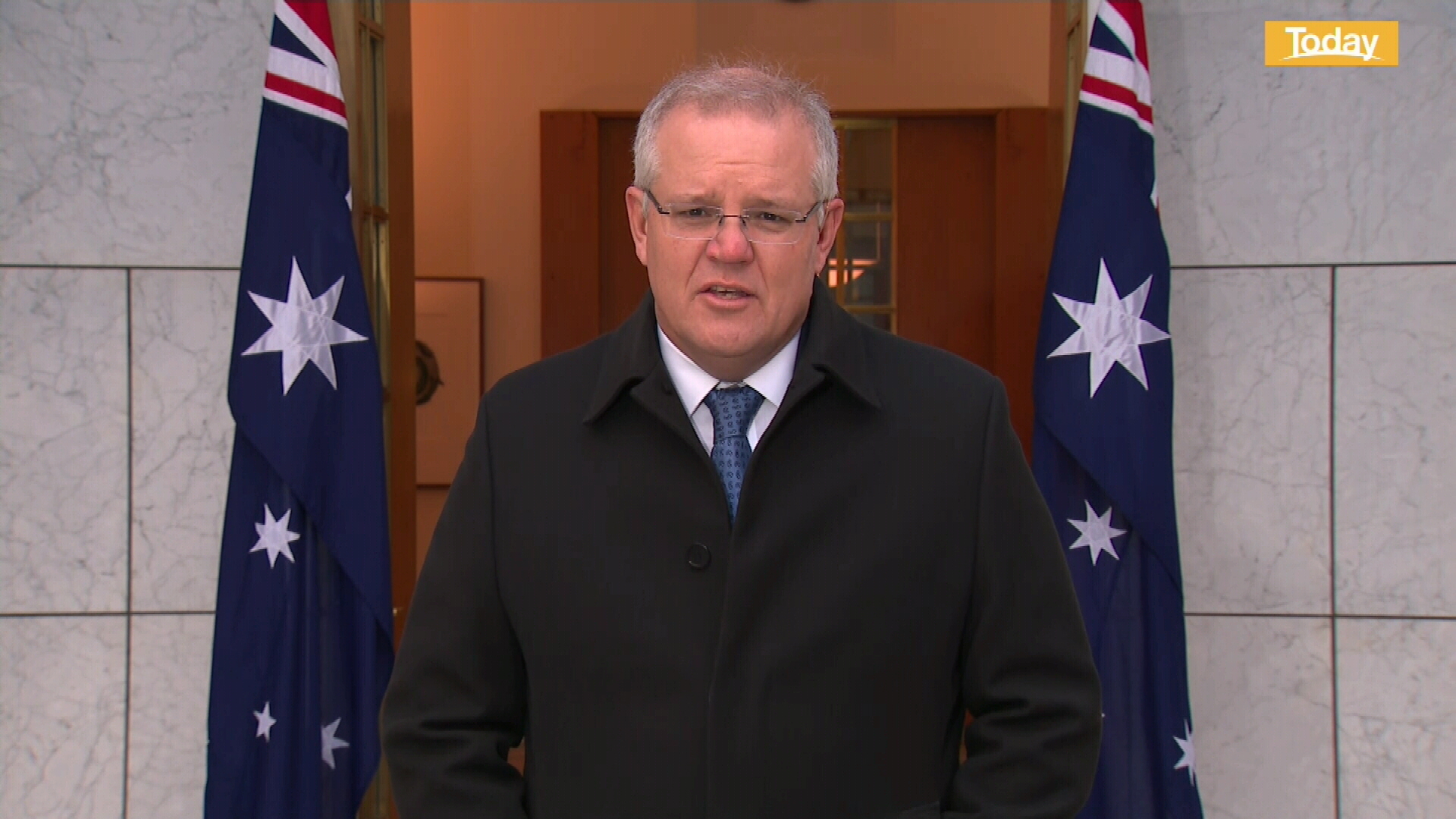 “Our embassy in Beirut has been impacted significantly. But I can report all of our staff there are okay. Cuts and some scratches and these sorts of things,” he said.

“You can see from the image of the blast it is just absolutely devastating. But beyond that, as we know, there are hundreds of thousands of Australians who have Lebanese descent and they will be concerned about family members.”

The cause of the blast, which sparked fires, overturned cars and blew out windows and doors, was not immediately known.

However, Abbas Ibrahim, chief of Lebanese General Security, said it might have been caused by highly explosive material that was confiscated from a ship some ago and stored at the port.

Foreign Affairs Minister Marise Payne told 2GB’s Ben Fordham the explosion was “absolutely shocking”, and there are around 20,000 Australians in Lebanon at any one .

“What we are seeing on our televisions and online is very confronting,” Ms Payne said.

“Tragically we have lost one Australia, we are not going into the details at the moment while we work with family and consular authorities to support them.

“We are very, very, sorry and convey our sympathy to the family and friends of that Australian.

“The size of this event, the size of the explosion and its impact is going to have caused a very significant number of fatalities (and) we will work closely with local authorities to establish the extent of the impact on Australians.”

The blast was stunning even for a city that has seen civil war and suicide bombings. It could be heard and felt as far away as Cyprus, more than 200 kilometres across the Mediterranean.

“It was a real horror show. I haven’t seen anything like that since the days of the (civil) war,” Marwan Ramadan, who was about 500 metres from the port and was knocked off his feet by the force of the explosion, said.

Initially, video taken by residents showed a fire raging at the port, sending up a giant column of smoke, illuminated by flashes of what appear to be fireworks. Local TV stations reported that a fireworks warehouse was involved.

The fire then appeared to catch at a nearby building, triggering a more massive explosion, sending up a mushroom cloud and a shock wave.